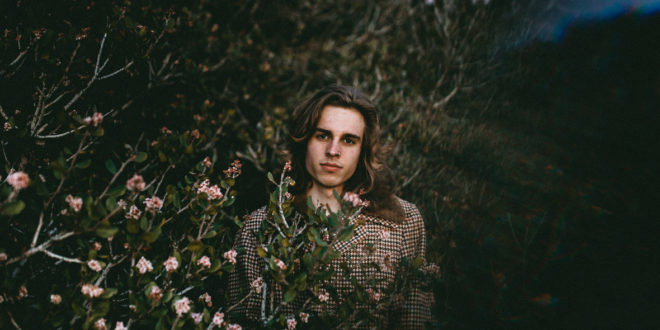 Texas-based Moth Wings is an over the top rock band, ready to prove that they’re more than just loud. The Houston natives released their new single “Sleepy Eyes,” a chilled out departure from their usual abrasive sound, accompanied by a stop motion music video. The track is from the new mixtape DragonFruit, out yesterday.

Frontman Spencer Fort says “When I went into ‘DragonFruit’ I spent a lot of time talking back and forth with myself. I remember asking myself ‘Really? We’re going to put the guitars down already?’ And though it is not a permanent move by any means, it was still weird to start up a release with little to no guitar tracks. That’s why we’re treating it as a Mixtape more than an actual album, because I want the chance to express a side of myself that isn’t masked so heavily in loud drums and distortion.“

“This Mixtape is to be listened to more like a letter, from me to you,” Fort continues. “I didn’t clutter it up with noise and theatrics because I want people to be able to sit down and actually listen to what I’m saying, hopefully find a relation to it, or let it speak to them in a way that I haven’t been able to previously. Some moments of ‘DragonFruit’ felt like an open nerve to record, and all I can ask is that someone understands it. This is my most honest work.“

DragonFruit is available now on iTunes and Spotify.