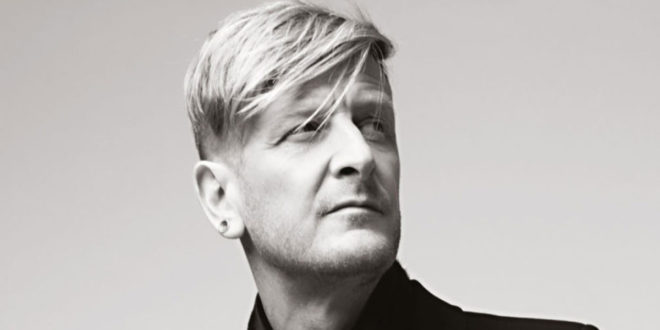 Ozark Henry has never been one to play it safe. Since the mid-90s, the Belgian singer and composer has established an impressive discography of innovative, genre-bending tracks. From experimental electronica to symphonic pop to producing an entire album of groundbreaking immersive sound, Henry has continually pushed the boundaries of what is expected and possible in his field. His latest release, “A Dream That Never Stops“ is no different.

The bubbly track, the lead single off Henry’s new album “Us“, draws on the foundations of atmospheric electro-pop Henry has perfected throughout his career. Solid beats and twinkling synth provide the perfect backdrop to showcase Henry’s unique voice and emotional lyrics.

As a United Nations Goodwill Ambassador, Henry’s passionate activism is often evident in his songwriting. As Henry describes, “A Dream That Never Stops” is a direct response to public figures “lying about whatever can help them achieve their goals.” The song urges listeners to consume media carefully, and reject complacency.

“A Dream That Never Stops” is everything that has solidified Ozark Henry as an enduring international artist: thoughtfully produced, compellingly strange, and undeniably catchy.