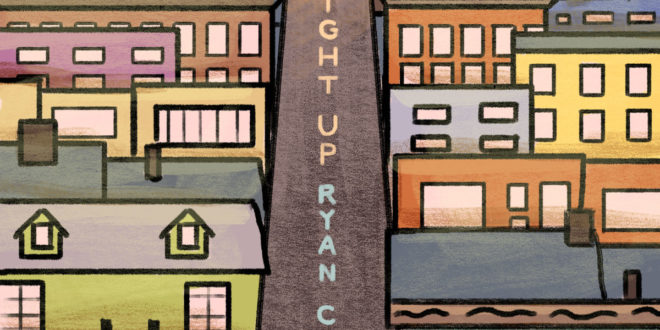 “Light Up” by Ryan Cassata

Ryan Cassata is an award winning singer-songwriter, actor, performer, writer and LGBTQ activist based in Los Angeles. With features in Rolling Stone, Billboard Magazine, The New York Times, Buzzfeed, and The Daily News, Ryan has made the most of his young career, which started when he was just 13.

As a musician with over 550 performances touring across the United States and internationally, including dates on the Van’s Warped Tour, SXSW and at the worlds biggest pride festivals, Ryan has been praised by The Advocate saying he’s a “Transgender singing sensation”, LOGO put him on the “9 Trans Musicians You Need To Get Into” list and Billboard put him on the “11 Transgender & Non-Binary Musicians You Need to Know” list.

As an actor, Ryan was the main focus in the award winning documentary “Songs for Alexis” which screened at such seminal film festivals as Frameline, Raindance, Toronto Hot Docs, and DOC NYC. His roll in indie film “Collective: Unconscious,” which received praise from Rolling Stone Magazine, won him the “Best Breakout Performance” award by the Victoria Independent Film Festival. He has also been featured in several musical theater productions including a production with New York Stage & FIlm’s Powerhouse Theater.

As an activist, he is the first recipient of the Harvey Milk Memorial award, became the youngest keynote speaker to ever be selected for the largest transgender conference in existence, and has made appearances on shows such as The Larry King Live, and The Tyra Banks show.

Currently, Ryan is in the early stages of writing a memoir and a new album of original music as a follow up to his most recent full production album SHINE now available on iTunes.

Committed to educating through music and speech to wipe out ignorance, Ryan continues to share his inspiring message of hope & acceptance with numerous schools and universities across the country via his social media platforms and at venues across the nation.

Stephen Vicino is the founder of MusicExistence.com. He created this site to give talented musicians a voice and a way to be discovered.
@@svicino
Previous Gallery: Run the Jewels at LouFest Music Festival in St. Louis, MO on 9.10.17
Next New Music from TRAE – “Back 2 the Start Again”