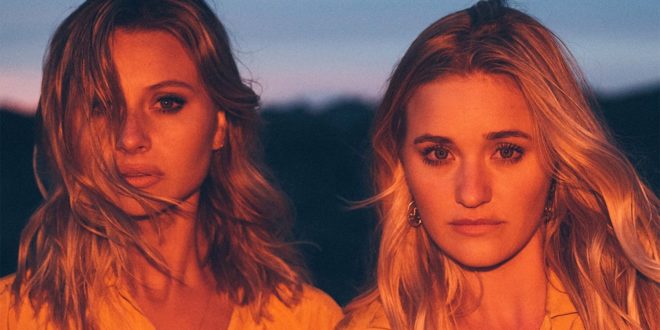 Alyson Michalka and Amanda Joy, better known as Aly & AJ, are making a comeback after a ten-year hiatus. The duo released their first single “Take Me” last month, and fans have been raving about their return. The single takes on a west California revival sound that spews confidence and joy while cracking the surface of innocence. Aly & AJ have said in a previous interview with Refinery29 that “We still had so much to prove to people, even though we had made a mark in the industry.”

Former Disney stars released the “Take Me” music video, directed by Alex Ross Perry, earlier this morning. The old film mimic displays the girls playfully playing as vampires. Check it out below:

“Take Me” serves as the lead single from their upcoming EP Ten Years. This will be Aly & AJ’s first release since their Insomniatic record back in 2007. Pre-orders of Ten Years are available at Pledgemusic here, and are offered with different package bundles per amount pledged.  The EP can be expected later this fall.