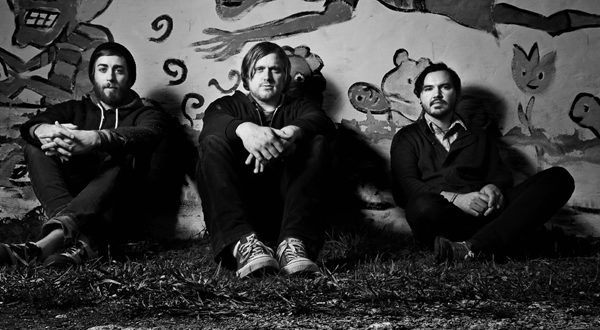 Founded in 2007 with the release of their first album, Porcelain Empire, Tennessee’s own indie pop three piece The Winter Sounds are back this autumn with the release of Maximum Reality, the group’s fourth album, and rumours say that this is the record that will push the Nashville alternative outfit worldwide.

With a steady stream of releases throughout their time, fans have grown to love Patrick Keenan’s unique vocals alongside trembling synths and unforgiving drums, but their latest single, “Heartbeats” steps out of the former safety of a track like “Broken Bodies”, and acts as a something closer to 2012’s Runner album, with a softer grit that detects influence from pop punk and indie outsiders.

HIP video promo published, “It starts with a soft synthesizer pulse and the warm, clear, inviting voice of singer Patrick Keenan. Okay, you’ll think, I know what kind of song “Heartbeats” is: it’s going to be the sort of pretty, confessional indie pop ballad that wraps the listener in gorgeous sonic gauze. Then the synths start to stutter and the beats begin, and Keenan leads The Winter Sounds into a sweeping chorus that glitters like the best, catchiest hook you’ve never encountered on Top 40 radio this summer. The drums build with the intensity of a dance-floor stomper – and then, just when you think you’ve got the Winter Sounds pegged, the song explodes into a brass fanfare worthy of a monarch. Exactly one minute has elapsed, and the Winter Sounds have already introduced more interesting musical ideas than the typical band does on their entire albums.”

Music video showcases vocalist Patrick Keenan’s taste for grandeur. Bringing the band to Estonia, he captured the blue skies and greenery over 4000 miles away. It is clear in “Heartbeats”, alongside any other music videos you could find by the band, that the imagery within their music videos holds another side of their creativity.

The Winter Sounds set out on tour this autumn across the South, Midwest and Northeast in support of “Heartbeats”, so get your hands on tickets with support from Pinky Doodle Poodle.