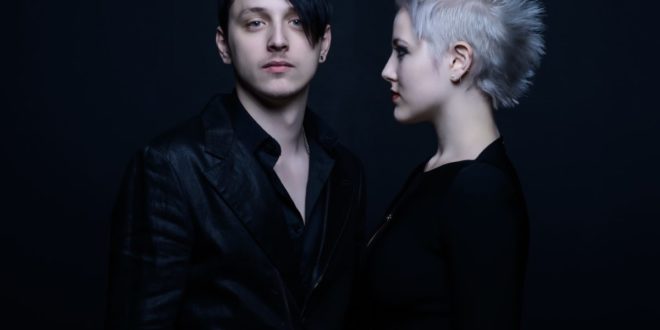 You’d be forgiven if you’d never heard of rock duo Black Satellite before, seeing as their debut album Endless was released only last month. However I’d be surprised if their anonymity lasted much longer; I certainly hope that they receive much more recognition in their future projects.

Endless demonstrates a range of musical prowess; its overall sound is a unique blend of genres and styles. It hints at individual influences, from Marilyn Manson to Evanescence, but doesn’t sound too similar to any particular artist at any one time to be boring or repetitive.

Black Satellite’s music is, above all, eerie. Slow, heavy melodies combine with deep, soulful vocals, making for one creepy and mournful sound.

“Affliction” is the first song on the album, and immediately gives off vibes of Avenged Sevenfold and a hint of Muse, guitarist and multi-instrumentalist Kyle Hawken achieving smooth but heavy guitar riffs.

The only way I could think of describing the following song, “Blind,” is that it’s like The Dandy Warhols‘ “Bohemian Like You,” but more goth. Its brighter melody provides a starker contrast to Larissa Vale’s deep vocals.

“Valkyrie” manages to tastefully package heavy music for easier listening; it’s a clear choice as their lead single, as it’s a good introduction to Black Satellite’s distinctive sound. Meanwhile, “Misconception” has a darker, heavier tone, with vocals which remind me of Amy Lee’s and Lynn Gunn’s. Vale’s singing is equally as stunning in “My Resolve,” the simpler melody really showcasing her skill as a vocalist.

“Endless” is the namesake of this album, and kicks off with a guitar riff that almost puts Muse’s “Plug In Baby” to shame. It’s undeniably smooth listening, and surely a highlight of the album; it’s no wonder this is the titular track. Following this is “Calamity,” a darker and more mysterious song with Soundgarden vibes and catchy riffs. The strong drum beat and bassline blend seamlessly together, and showcase the quality of the production Black Satellite have achieved.

“Still I Remember” has a subtle melody which allows Vale to show her range and ability as a singer once again. Heavy guitar riffs make way for smooth bass and softer vocals. “Not A Word” is its predecessor’s polar opposite, and picks up those silky vocals but adds in heavier melodies and fast drumbeats.

The album culminates with “Hands Unclean,” which binds together all of the best bits of the album into one all-out final track. Vale ranges from softly spoken to gnarly, raw singing, but at either end of this vocal spectrum, she is harmonic. The song rises and falls, with each crescendo showcasing Hawken’s multi-instrumental talent.

Black Satellite epitomises what it is to be a band in the modern age; this duo pulls inspiration from aspects of different genres which they enjoy to create a new, different sound, but one that is still recognisable and easily enjoyable. Listen to them, and you’d be hard pressed not to find at least one song you’d like. It means they certainly have the wherewithal to grow in popularity, and I hope they do.

Watch the video for “Valkyrie” here: