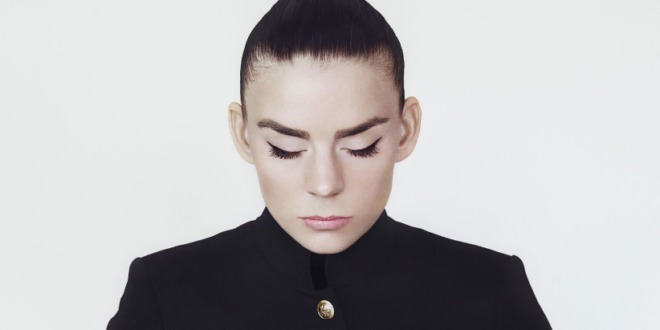 Regarding the single Frida says, ‘”Gold’ is about being brave and embracing the beauty of life. It’s about having the courage to risk something that’s ”alright” for the chances of getting something you really dream about.”

‘Gold’ follows the release of previous highly acclaimed singles ‘We Are Dreamers’, ‘It’s OK’ and ‘Keep An Eye On Me’, all taken from Flashbacks & Futures.

From the opening Pet Shop Boyish title track right through to the teary, fearful album closer ‘Astronaut’, Flashbacks & Futures is where Hans Zimmer meets Robyn. The record inspired by space, traversing a vast universe from minimal synth-pop isolation to heavenly orchestral vistas, filled with colour and beauty. Frida explains this inspiration, “First of all, I love the way I feel when my mind is set on space. It’s like I enter this place beyond time where you’re free to create whatever you like. I feel that I’m allowed to think and create much bigger than I usually do.”

She continues, “Second, I’m struck by the beauty of it. You’d never need a filter to make a photo of outer space to pop. I’m also in love with all kind of sci-fi movies taking place in space. Everything from 2001: A Space Odyssey to The Martian or Interstellar.” Elsewhere on the record the pulsating undulations of the anthemic hit-in-the-making ‘Stay Young’ and the arresting sparseness of tracks such as ‘Circles’ and ‘To The End And Back’, further develop the sound that Frida and producer Joel Humlén have been making their own over the past few years.