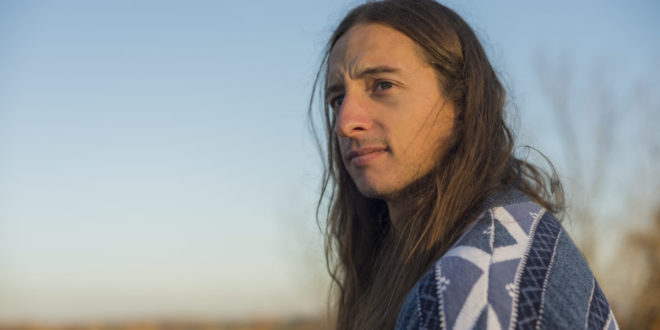 Adam Wendler is a passionate singer-songwriter from Goderich, Ontario. Blending catchy melodies with soulfelt lyrics and intricate guitar playing, he captures the hearts of listeners around the globe.

His musical journey began with being the front man and songwriter for the Fermented Oranges. The band released three albums (‘Divine Time’, ‘At Peace’ & ‘ZUBR’) over several years and played in various places around Ontario and Europe. Over time their style changed from an easy listening pop rock sound with a touch of reggae into more of a classic rock vibe.

After having released those albums, Adam proceeded to write and record his debut solo album ‘A Forward Moving Motion’, produced by Anthony Strome, who also engineered and produced the Fermented Oranges albums. This new album (released June 2016) encompasses melodic acoustic guitar playing with electric guitar riffs and various other instrumentation. On this album Adam has moved into an indie-folk-rock, singer-songwriter style.

After releasing his solo album, Adam played in various venues around Germany promoting his new songs. Adam’s live performances have shown to be both captivating and engaging. Combining soft finger-picking with hard strumming and his unique voice, he draws acute attention from his audience.

In order to hone his musical performance, Adam has often spent his spare time busking around Europe, meeting fellow travellers and musicians from all over the world. He has also played for several weddings and dinner parties, both in Europe and New Zealand.

In the summer of 2016 he filmed his first official music video for his single ‘The Flame’ with Berlin based film production company mild+zucker. After releasing a new Fermented Oranges song (‘No Need To Be Lonely’), he travelled to Costa Rica in order to write songs for his new solo album ‘Never Go Unknown’.

The album was recorded at Beach Road Studios with JUNO Award winner Siegfried Meier and was released in July 2017. He is currently touring Germany, promoting the new record after winning ‘THE NEXT BIG THING’ in Berlin, Germany.

Stephen Vicino is the founder of MusicExistence.com. He created this site to give talented musicians a voice and a way to be discovered.
@@svicino
Previous Sea In The Sky Announce Release of Full Length Album ‘Everything All At Once’
Next Five Unlucky City Kids releases their debut music video for “Freeze to Death”