Home / News / Song review: Do The Freddie – The Roving Apatosaurus 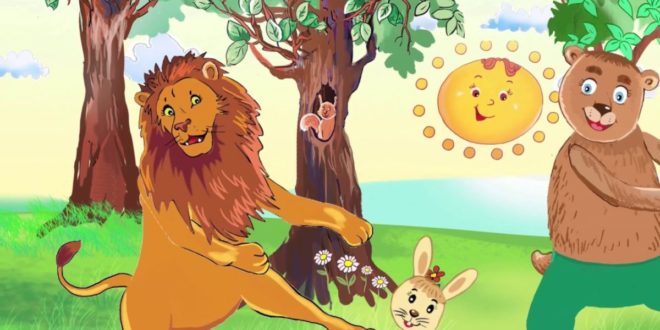 Song review: Do The Freddie – The Roving Apatosaurus

This July, The Roving Apatosaurus released long awaited cover of “Do The Freddie”, an original 1960s dance hit by Freddie And The Dreamers.

The Roving Apatosaurus (an animal described by the group as a dinosaur that survived the extinction and lives on to create fun) took a more childlike approach from the original, whilst also replacing Freddie Garrity‘s vocals with an original kids-bop sounding feminine vocals.

Clearly suited for children and toddlers, the music video (animated by Estela Raileanu at Loopinaart Studio) features everything you would expect from a younger perspective; bursts of colour in evert corner from the rainbow to the happy sunshine in the background.  “Do The Freddie” teaches youngsters how to perform the dance in four simple steps, guided by animated wildlife such as bars, frogs, owls, and centres around two young children themselves. Overall, this instrumental piece is well suited alongside simple vocals; it is this that carries the bulk of the music and makes the track more coherent beside simple lyrics. Trumpets, trumping background noise and a guitar solo in the centre is sure be another element that pulls youngsters into the fun.

You can purchase “Do The Freddie” as well as The Roving Apatosaurus’ first released track, “The Night the Piñatas Came Back” on CD Baby, Amazon and most other music outlets.