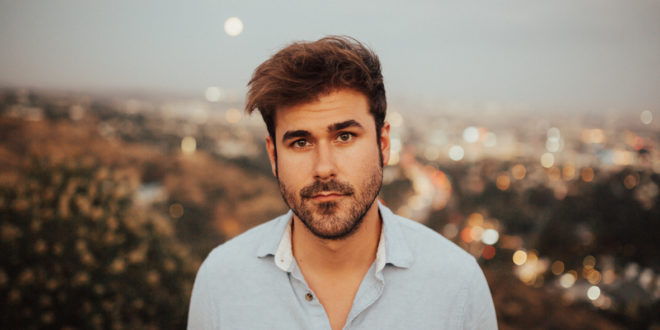 Gifted Singer/Songwriter Ryan Quinn—The Voice Season 10–has released a video of his stirring rendition of the Temple of the Dog hit single “Say Hello to Heaven” in homage to the late Chris Cornell. Shot, recorded and edited by Frank Briggs in North Hollywood, CA, each layer of Quinn’s stunning tribute was a complete take, including vocals, with no pitch correction or fixing.

Chris Cornell was the reason I started singing. I was absolutely devastated by his death. Since Chris had such a profound influence on my life, I wanted to figure out how I could honor his life and genius. This was my attempt at a ‘thank you. – Ryan Quinn

Ryan Quinn is a singer/songwriter and Top 24 Finalist on Season 10 of NBC’s “The Voice” currently based in Los Angeles, CA. His debut EP, “Some Dream,” was released in September 2016.

“Some Dream” is available on Bandcamp, iTunes, Spotify, CDBaby, and Amazon.

Ryan began his musical career as a drummer, but slowly shifted his focus to singing after attending SUNY Oneonta (SUCO). While at SUCO, he was able to work with Grammy-nominated jazz musician and Spyro Grya founding member, Jeremy Wall, for three years as the lead singer of the SUCO Funk Band. Wall played keyboards in the band, which performed songs by artists such as Stevie Wonder, Marvin Gaye, Otis Redding, Tower of Power, and more.

Ryan was recently on Season 10 of NBC’s show, “The Voice.” He advanced to the Live Playoffs (the top 24 contestants) and was brought back to perform on the season finale. During his time on the voice, he was able to work and learn from several world class vocalists/musicians, including: Adam Levine, Tori Kelly, Miley Cyrus, and Christina Aguilera.

After “The Voice,” Ryan went on a college/university tour in the North Eastern U.S. and then relocated to Los Angeles, where he currently resides. He’s currently writing, recording and preparing for an upcoming Fall tour. 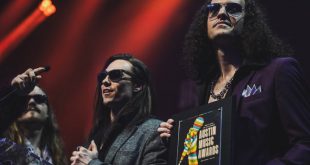 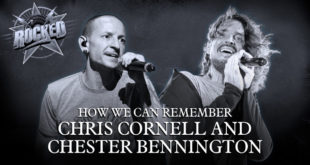 How We Can Remember Chris Cornell And Chester Bennington