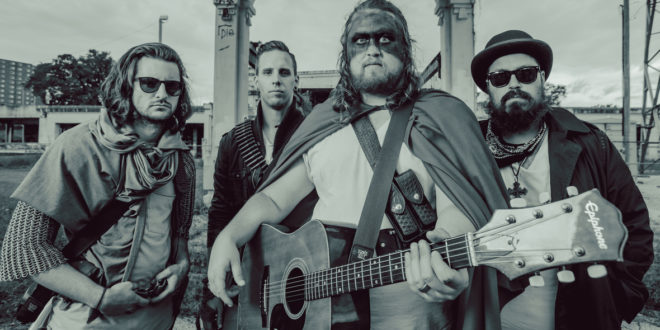 Me Like Bees Team with Image Comics in New Music Video

Comic book series The Realm has enlisted the musical services of Joplin, MO’s indie pop darlings Me Like Bees to put together the soundtrack for the upcoming release. Today, we have the music video for the first of five singles “The River Divides” coincides with the comic’s first issue being released on 9/13.

The post-apocalyptic high fantasy comic series is be distributed by Image Comics (known best for The Walking Dead) and is about a group of people who are constantly coming to grips with a hostile new world, all the while struggling with their checkered pasts that pale in comparison to the horrors they are forced to survive daily.

Vocalist Luke Sheafer says “When I wrote the lyrics, I was imagining salty, war-ready people who lamented the world they now live in, while also pining for their former lives, as bogged down with worries, regrets, and fear as they may have been.“

Comic creator Jeremy Haun told Alternative Press “The band and I actually come from the same small town. A mutual friend sent over Me Like Bees’ first album ‘The Ides’ just before it came out a few years ago. I put it it on while I sat drawing comics. I played through. Several times.“

This soon turned into a friendship between the band and Haun, which led to many talks about future collaborations. Haun says they kept doing the “We need to work together!” thing for awhile until about a year ago. “I started working on this comics project The Realm and thought we could collaborate on a song for the project. Luke thought about it, pitched it to the band, they were in. They put together ‘The River Divides’ and it was everything I wanted it to be. It stood on it’s own as a song, but then worked perfectly as a theme song for the project. It was like the opening credits theme to an HBO series or Netflix show.”

Read the complete interview at Alternative Press. For more info and to check out the comic when it releases on 9/13 visit http://www.realmcomic.com/. 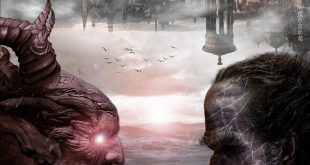 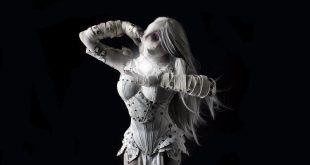 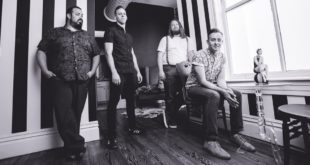