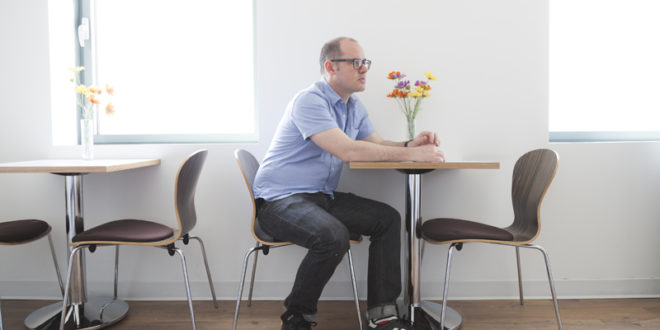 A is for Atom Shines Bright with “Rainbows”

Mike Cykoski, is the man behind A is for Atom. The indie-pop explosion has just released his new single “Rainbows,” which further showcases his range as an artist. Having a rather distinguished career in the music business, a few transformative events drastically altered his path. Now, he welcomes a new era experimenting with pop dance, electronic compositions inspired by classic rock, and an electronic crooner track. His new single “Rainbows,” prominently showcases A is for Atom as both a songwriter and performer. A is for Atom has always been a composer who knows no boundaries.. He studied formally at NYU, earning a master’s degree in Music Technology, as well as at Julliard, experimental music center Harvest Works, and DJ school Dubspot. Aside from regular shows in and shows in New York City, he has performed nationally and internationally in Ireland, Mexico City, Toronto, for NXNE and Canadian Music Week, and twice at SXSW. “Rainbows,” is taken from his new EP, due out in September. The EP also has collaborations with up-and-coming producer Carey Clayton (Emily Thomas, Ian Abel, Mary Akpa, Stephanie Rivers–Guitar Player-Great Good Fine Ok and David Wax Museum). A is for Atom’s “Rainbows,” will surely entice your ears today, so listen in!

Stephen Vicino is the founder of MusicExistence.com. He created this site to give talented musicians a voice and a way to be discovered.
@@svicino
Previous Gallery: Saint Paul and The Broken Bones at Live On The Green Nashville, TN 08/10/2017
Next Me Like Bees Team with Image Comics in New Music Video