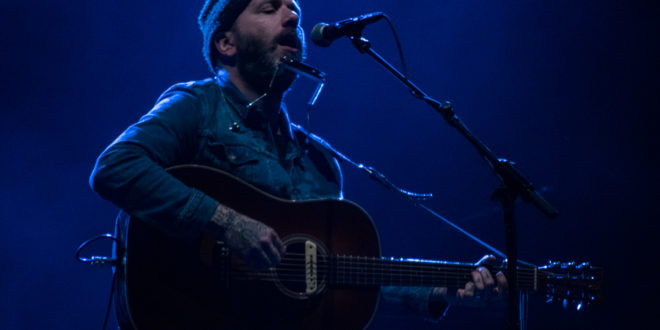 Canadian singer/songwriter Dallas Green, who performs under the name City and Color has had a busy summer. Beginning the summer on tour, Green is wrapping up the supporting tour for his 2015 album “If I Should Go Before You” which peaked at number 29 on the Billboard 200. The summer has seen Green perform all across North America in the US and his native Canada. Green who got his break as a member of Canadian Post-Hardcore band Alexisonfire takes a much different approach when he takes the stage as City & Colour. It’s more of an acoustic, folksy project that finds Green in intimate theaters across North America.

Now, Green finds himself focusing entirely on City and Colour. Green had always been described as an introspective, solitary writer, often demoing songs in own his basement, in the past working up every instrumental part by himself. But he considers ‘If I Should Go Before You’ to be a band record, where the input of the musicians around him was of the upmost importance. Even more important to him was trying to capture the essence of their live show in the studio; For a project that was very much about the inner world of Green, these relationships have morphed City and Colour into something with more emotive power than ever before: the layers go beyond just music and lyrics, into the people creating the songs themselves.

City and Color continues his summer tour, tomorrow night (August 15th) at The Pagent in St. Louis, MO. Tickets start at $35 and are available HERE

Previous HULKx : The Cincinnati Native That Wont Stop
Next Wallis Bird and ‘The Deep Reveal’