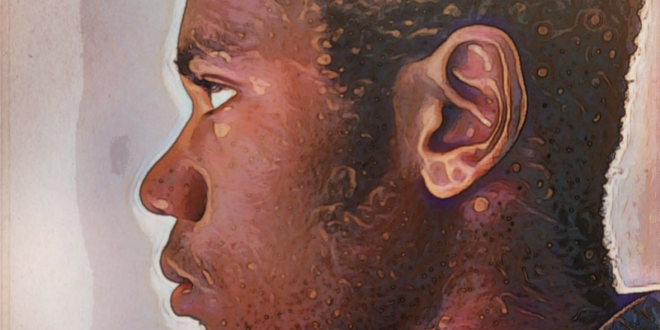 Savan DePaul is a 19-year old alt-rap/electronic artist from Pennsylvania – he’s put together a new project with the help of Vivid Kind Entertainment. Only moments ago DePaul released a new single called “5.0.1” for the upcoming experimental hip hop album Sketchpad. The song is a psychedelic/hardcore posse cut with production by Savan and verses by the guest artists, all from differing and diverse environments. Currently you can find this track on Soundcloud and Bandcamp, it will be on all other digital platforms within the next few days.

About the Sketchpad album itself:
“An album about my art, my life, my problems, and my feelings on this insane planet I call home. About the opposition I face (both external and internal) as well as the struggle to survive as a black musician with Asperger’s syndrome in a crazy world. It’s me being me in the best way possible. This album is weird. It’s strange. It’s zany. It’s quirky. But that’s me. Exploring lots of topics, with a heavy focus on the mental state of Savan DePaul. I think I’ve accomplished that by weaving these messages through some of the weirdest and most diverse psychedelic trip hop/electrorap songs I’ve made thus far. It’s been one hell of a journey. Cheers.”

Stephen Vicino is the founder of MusicExistence.com. He created this site to give talented musicians a voice and a way to be discovered.
@@svicino
Previous Cheat Codes Release Stripped Down Version of “No Promises ft. Demi Lovato”
Next Album Review: Varials – Pain Again