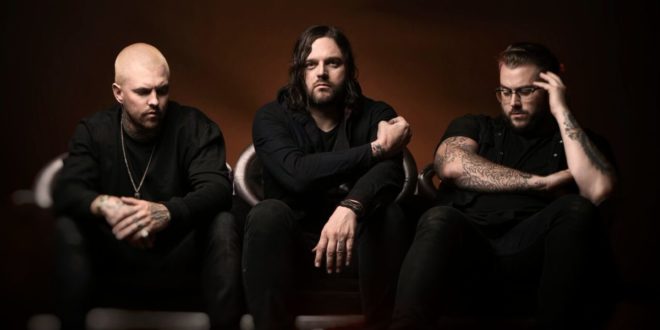 HUNDRED SUNS Give Sneak Preview of ‘THE PRESTALIIS’ – LISTEN HERE; Album Out THIS FRIDAY

HUNDRED SUNS – the trio featuring Cory Brandan (Norma Jean), Ryan Leger (Every Time I Die) and Chris LeMasters (Dead & Divine)— have teamed up with Metal Hammer to give fans a sneak preview of debut album The Prestaliis (New Damage Records) ahead of its August 11th release date – click HERE to listen.

The special album preview follows last week’s release of the band’s “Amaranthine” video (click HERE to watch) and the announcement that the band is donating a portion of the song’s sales proceeds to THORN, an organization that creates and supports tech initiatives that disrupt predatory behavior and work to make the internet a more hostile environment for those who seek to exploit children. Click HERE for more information.

“Amaranthine” follows the release of first track “Last Apology” (listen HERE), which was praised by Loudwire for an “absolutely crushing sound that surfs the line between hard rock and metal.” Both songs are available as instant downloads by clicking HERE to pre-order The Prestaliis.

Fans can catch HUNDRED SUNS performing “Last Apology” and more from the new album on their upcoming North American tour, which kicked off this past weekend (see itinerary below and click HERE for ticket info).

Hundred Suns drown themselves in doomy groove, bass driven power, loud guitars, and surreal sonic tribalism, with reverent worship of classic darkly romantic alt-rock bands, the scorching intensity of underground music, and the melodic clarity of the more uncompromising radio trailblazers of decades past. But Hundred Suns boast disparate elements from post-grunge to the mind-expanding meditative epics churned out by critical darling progressive rock in equal measure, fused into something freshly unique. In short, the band sounds both familiar and groundbreaking.

The trio responsible for Hundred Suns are known for celebrating the heavier extremes of the art form with angst-fueled anthems heard around the world, in their respective projects, both past and present. But vocalist and lyricist Cory Brandan, powerhouse drummer Ryan Leger and principal songwriter/guitarist Chris LeMasters unlock grand mysteries with emotional resonance as Hundred Suns, as evidenced all over their immersive and diverse debut album for New Damage Records, The Prestaliis.

LeMasters assembled a massive stockpile of songs with Brandan’s voice and sensibilities in mind after the duo got to know each other sharing a bus together while touring across Europe. As soon as the singer heard what would become “Fractional,” he raced to his home recording setup to lay down ideas. Those early inspirations tracked as preproduction demos survived to the finished versions of many songs. Early adopters quickly embraced both “Fractional” and “Bedburner” (both released last year). 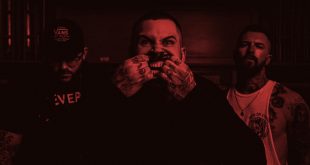