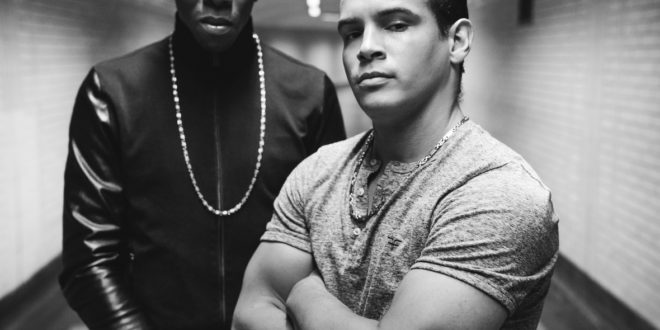 “The new record says, ‘We are warriors in mind, body and spirit. Life, with its many peaks and valleys, is our battlefield.” – Nick Young

“In a time when lots of people are looking for handouts and making excuses, I feel we made a statement that the classic American fighter still exists. Life is more fulfilling, more fun, and way more badass when you go out there and fight for what you want. Go get your hands and hearts dirty chasing down your dreams.” – Billy Joe Marrero

The group’s follow-up single was a reinvention of Bon Jovi’s legendary anthem, “Livin’ on a Prayer”. It reached the Top 10 on Spotify’s Viral 50 USA chart, which highlights the most shared and trending tracks in the country. The song was also featured by ESPN during their NFL Sunday Countdown programming throughout the NFL Playoffs and Super Bowl lead-up coverage. Upon discovering the Epoch Failure version, Bon Jovi shared the song across all their major online platforms. In addition, Jon Bon Jovi and cowriter Desmond Child have offered the following joint statement of praise:

“The powerful new version of ‘Livin’ On A Prayer’ by Epoch Failure retells the intimate story of Tommy and Gina, set in an urgent urban landscape. It captures the song’s timeless message, lifting the banner of hope and faith for a whole new generation of working class heroes. Epoch Failure is a winner!”
– Jon Bon Jovi & Desmond Child

Epoch Failure’s new Warrior’s Hymn EP was released on May 26, 2017. The big hooks and commercial sensibilities remain, but this sophomore effort surpasses their 2015 debut in both emotional intensity and lyrical maturity. This is a collection of street anthems celebrating the bold, the broken, and the believers. In much the same spirit as Epoch Failure’s “Champion” single, this upcoming EP is similarly built on a foundation of heart and grit that’s derived from the firsthand struggles these two Jersey natives have endured and overcome. As such, this is more than just an EP. It’s a personal sonic portrait.