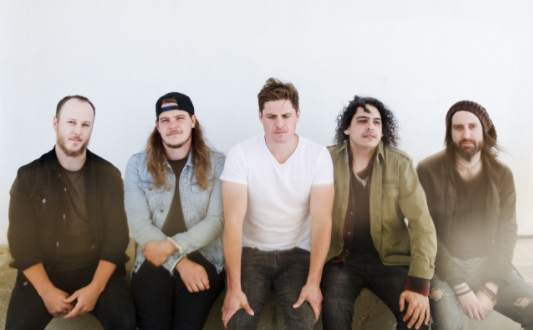 The Glorious Sons Release New Single “Everything is Alright”

Canadian rock band The Glorious Sons release their new single, “Everything Is Alright”, via Black Box.

The first glimpse into their highly-anticipated sophomore album reveals the autobiographical nature of the record. Speaking about the lyrics of “Everything Is Alright”, lead singer Brett Emmons says, “The song is about feeling isolated, hungover, and trying to be okay with yourself and your mistakes. People tell themselves that everything is going to be alright all the time but I don’t know if that’s necessarily true.”

Written during his most prolific period of songwriting, “Everything Is Alright” is the result of a summer of self-reflection. The Glorious Sons had just taken the Canadian rock scene by storm with six consecutive top 10 radio singles (including their first #1 hit with “The Contender”), had played over 200 shows in Canada alone, were the most played band on the rock radio format in Canada, and were nominated for a Juno. “I didn’t really know how to deal with it,” says Emmons. “I got exactly what I wanted and I didn’t know how to handle it. It was a period of reflection and adjusting to the attention.” Emmons spent the summer channeling his introspection into deeply personal songs like “Everything Is Alright”.

“Everything Is Alright” follows the January release of “Kill The Lights”, a song written as a gift to their fans.

The Glorious Sons are currently in the middle of their summer tour with recently added dates supporting Greta Van Fleet.

Tags Everything is Alright single Stream The Glorious Sons