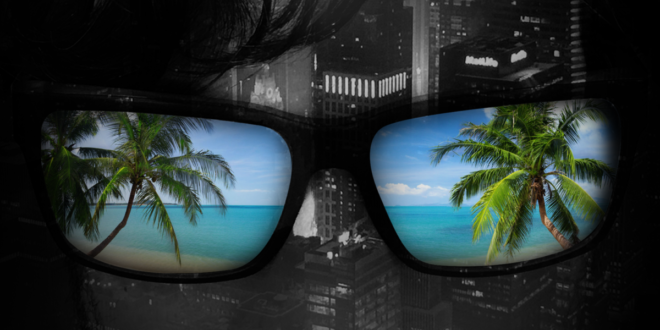 Carl Gershon is no stranger to the music scene. Graduating from Northwestern University with a degree in film and minor in music production, Gershon went on to hone his skills at New York’s School of Audio Engineering. With experience scoring internationally distributed films and touring as a lead guitarist under his belt, the New York native now brings his talents to solo work.

The bouncy, synth-heavy electropop track showcases the impressive range of Gershon’s abilities, from vocals to instrumentals to production for a catchy dance floor bop. The new solo artist took some time to talk with Music Existence about his single, music production, and future plans.

Music Existence: How has growing up in New York influenced you as an artist?

Carl Gershon: Being exposed to so many different styles of music and people from all over the world, and of course the local talent is incredible.   Every live act comes here, every DJ comes here. It’s something I took for granted growing up here until I realized in other parts of the world people will drive hours and hours or even fly to see a concert because that is the only way they can see it. I only had to get in a cab.

ME: You’ve said that music reached a peak in the 80s as analog production improved prior to the takeover of digital. How do you stay authentic to the sound that inspires you while incorporating modern techniques?

CG: I am far from a purist. I love digital recording. I love being able to fit a professional studio in a backpack. What I try to do is still actually play things instead of programming them or using loops, especially with drums. I also try to do things outside of the computer like guitars and synths. I mic a guitar or guitar amp and use pedals instead of recording directly into the computer with modeled amps and effects. With synths I prefer, most of the time, to use hardware synths over software synths. Basically I like pro tools for all the recording and editing but I get most of the sounds from things that exist outside that virtual world. It’s good to get some different circuits and some actual air in the recordings.

ME: How do you think the rise of streaming platforms has changed how you distribute your music?

CG: It’s cheaper and faster. The downside is it’s harder to break through the “noise” because there is so much more content available.

ME: You produce all aspects of your solo songs. How does it feel listening to the finished product knowing that you were responsible for everything from the lyrics to the programming?

CG: There are two sides of it. Finished product is the big payoff, when I feel that sense of fulfillment. Then there is the crazy artist half that still nit-picks the vocals and the performance of every instrument and stressing about “mistakes” that nobody else hears. Since I play all of the instruments myself I’m always thinking of what I could have done differently or better. I usually get over all of that eventually though.

ME: Which artists or groups do you cite as the biggest influences to your musical style?

ME: Your new single “Like Paradise” has heavy dance and electropop vibes. What draws you to that genre?

CG: My first love and main instrument is guitar but I really love synthesizers. I love listening to how other artists arrange synths.

ME: Of the songs you’ve released so far, which is your favorite and why? What do you hope listeners take away from your music?

CG: Maybe not my favorite but my song “Snow” is the song where I feel like i put it all together for the first time. Finally got the sauce right for the sound that was in my head for so long.

ME: What’s up next for you? Any plans to tour on the horizon?

CG: Working on videos for my song “I Can Only” and “Like Paradise” as well. Just sang and wrote lyrics for a song that just came out by Robots With Rayguns called “Memories”. Hopefully I’ll start doing some shows in the fall. Other than that been in the studio constantly, so new music will be coming soon.

ME: What song have you had on repeat this week?

CG: Technically it’s my next single “Elevate” which I have heard over and over again in the studio because that’s where I have been all week. It should be finished pretty soon. To answer the question tho, I have been listening to “Hallucinate” by GL a lot.