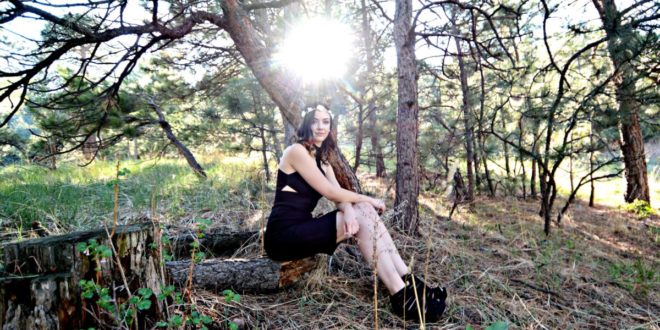 Laura Brehm’s EP Breathe, out now, is a delightful little album that digs deep into its content and doesn’t shy away from Brehm’s personal issues. Profound while still maintaining a light air, Brehm shows in just a few songs what she is made of both musically and emotionally.

“Awake and Dreaming” gloriously opens up the album with a strong subject matter of trying to be oneself while others have a different picture in their head about what one is. With a delicate instrumentation of mostly a guitar, the sound of birds chirping in the background, and Brehm’s gentle voice, the ballad comes together nicely and has a slightly ethereal vibe. She sings about being tired of juggling all the versions of herself others see her as, so much so that she wants to give up, but she finds the power within herself to move on. Soft and dreamlike, it is almost impossible not to fall under Brehm’s spell. It’s one of the best songs on the record, the chorus alone is something that so many singers and songwriters would kill to get into their own hands. Hopeful and melancholy at the same time, Brehm’s balance of the two tones blends perfectly to create a memorable track.

Another stunning track is “Dance of Love,” which opens up with Brehm crooning about sitting alone in the darkness. Fear plays a strong part here, especially the fear of the unknown, but like “Awake and Dreaming” Brehm presents a glimmer of hope and for any listeners who are feeling like they are in despair, that speck of something better is all one needs. Quiet and powerful like the best of Brehm songs, she puts on a twist on this track personifying love in both mournful and romantic ways. Though it is another introspective song Brehm has a way of making something very personal universal to her listeners. She dances with the notion that life and love sometimes doesn’t go as planned and that fate may already be written, but she changes her own thoughts singing “you can’t stop the heart.” With layered vocals and a hook that brings out the best in Brehm, there’s little wonder why this is one of the highlights of the record.

“Parallel” is a bit of a different kind of song for Brehm, heavily relying on the layering of vocals that is a bit distracting at first, but she makes it work. Breathtaking with lyrics such as “I am filled with lightning,” and talks about a relationship that mirrors each other, one can’t help but root for Brehm to make her escape that she talks about. Coming full circle she sings that she is no longer a lonely soul and it feels as if every other track on the album, every other lyrics, and every other fight has led up to this song. The end speeds up a bit, getting more and more passionate with every line sung and every note played putting a great touch on the tune. The perfect ending to an album about self discovery, Brehm proves one last time that she is not going anywhere.