Home / News / Monster Energy Outbreak Tour Presents: Waterparks with As It Is, Chapel and Sleep On It; North American Tour Kicks Off Nov. 6 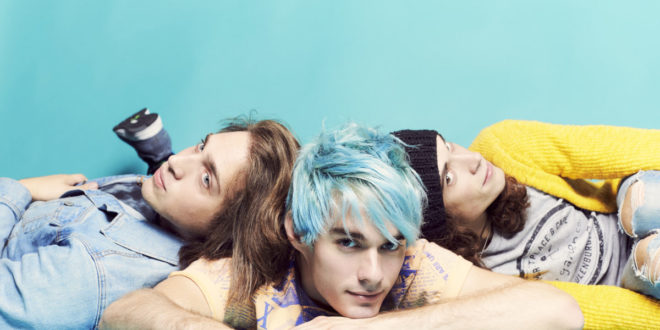 Monster Energy Outbreak Tour Presents: Waterparks with As It Is, Chapel and Sleep On It; North American Tour Kicks Off Nov. 6

The Monster Energy Outbreak Tour has partnered with pop-punk upstartsWaterparks to headline their forthcoming “Made In America Tour,” which marks the band’s biggest tour to date and will launch late fall. 2017 has been a landmark year so far for the rising group that captured Alternative Press Magazine’s “Best Breakthrough Artist” Award last month; As It Is, Chapel and Sleep On It will support on the North American trek launching November 6 in Dallas and wrapping-up December 7 in Houston  (dates are below). Tickets are available now: HERE.

Houston-based Waterparks is comprised of lead vocalist and guitarist Awsten Knight, backing vocalist and guitarist Geoff Wigington and drummer Otto Wood. Following a string of three successful EP releases, the trio dropped their much anticipated debut full-length album, Double Dare, in late 2016 via Equal Vision Records. The album was produced by Good Charlotte’s Benji Madden along with Courtney Ballard and the band is managed by The Madden Brother’s Music Media Company, MDDN.co. Cutting their teeth on the Vans Warped Tour circuit and sharing stages with several major forces in the punk/alt-rock scene including the aforementioned Good Charlotte, All Time Low, and Sleeping with Sirens helped fuel Waterparks’ growth stateside. Now the band is causing a stir overseas having sold out 100% of their shows on their first U.K. headlining tour in late September–a full three months in advance of the tour. Recently, the group graced the cover of Rock Sound magazine, and major features in Alternative Press and Kerrang! have quickly followed.

“As we’ve done so consistently over the past seven years, we pride ourselves on delivering the year’s biggest breakout acts,” says Steve Glazer, the founder of The Monster Energy Outbreak Tour.  “In keeping with tradition, we’re incredibly excited to be partnering with Waterparks as they embark on the most epic headlining tour of their young career, fresh off the band’s huge win at the Alternative Press Music Awards”.

Catch the Monster Energy Outbreak Tour in the following cities:

Previous CROSSFAITH RELEASE NEW VIDEO FOR “FREEDOM” – NEW EP OUT ON AUGUST 4TH VIA UNFD!
Next Gallery: ONI at The UC Theater in Berkeley, CA 07/30/2017