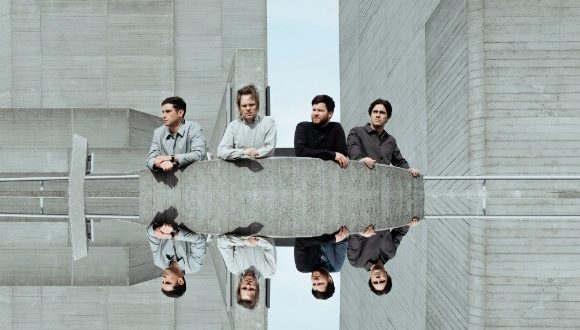 Last night, ENTER SHIKARI announced the release of highly anticipated new album THE SPARK on September 22, 2017, with a surprise show for fans in London at the Borderline and a reveal of the first single “Live Outside” as Hottest Record In The World on Annie Mac’s Radio 1 show. Their next London show will be the 10,000 capacity Alexandra Palace on November 25th as part of their 2017 Arena tour.

Enter Shikari are also announcing their only announced US show – an all-ages matinee album release party happening at Brooklyn’s Rough Trade (64 N. 9th St. Brooklyn, NY 11211) on Saturday, September 30th. Entry is limited to those who preorder THE SPARK in the store.

The Spark is an ambitious, inspiring piece of work that poignantly reflects their legendary career rise to have become one of the biggest and most exciting bands the UK has ever seen. Following four seminal albums of which three have been Top 10 overseas, The Spark is produced by David Kosten (Everything Everything, Bat For Lashes), and is Shikari’s most melodic and personal album to date; a soundtrack to our tumultuous world, a record for everyone who’s filled with frustration but hasn’t lost the capacity for hope.

“The spark is a new connection, a new beginning,” says maverick frontman Rou Reynolds. “It can be short and insignificant, but it can create something so significant. The spark is that light at the end of the tunnel – when everything seems to be falling apart, but you’re able to see some sort of path out of the dark.”

In 2015, the ground started to fall from under Rou Reynolds’ feet. He had been having occasional panic attacks for years, but hadn’t put a name to the problem until that brutal summer. Frayed by touring and heavy professional expectations, he started self-medicating, which backfired massively.

The world was also spinning on its axis. Brexit. Trump. Terrorism. The steady dismantling of the NHS. The biting effects of austerity. The kind of social issues that have been Enter Shikari’s lifeblood for almost a decade now.