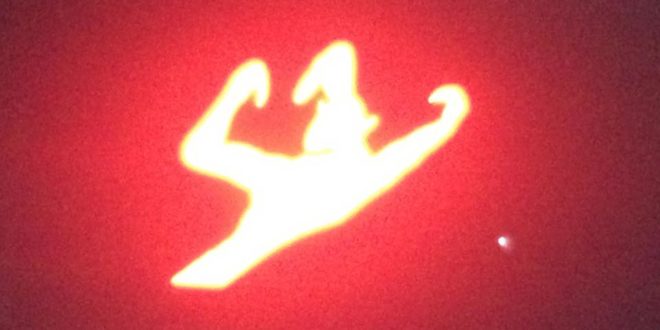 Any other night at the OC Fair, the back-to-back sighting of a guy in a Smiths shirt, followed by another one wearing a Lush t would have been slightly startling. Fairs are typically ‘people of Wal-Mart’ events that bring out the women missing front teeth and dudes sporting conspicuous confederate scarves adorning their hats. It is certainly not Goth day at Disneyland. But tonight, it was different. This evening Echo & the Bunnymen – a group that holds appeal for Brit-a-files and New Wave fans, as well as old school Goths – were in town. They shared a bill with Violent Femmes, but it’s much tougher to stereotype the fans of that unique band.

Current Echo & the Bunnymen, much like The Who (and to a lesser degree, the Rolling Stones), are down to their primary writing team of guitarist Will Sergeant and vocalist Ian McCulloch. And to its credit, Echo & the Bunnymen tore through their set with plenty of rock & roll gusto. Crisp drums drove “Never Stop,” as Sergeant placed his signature guitar fills atop a song that powered along like a runaway train.  The band channeled treasured classic rock influences musically, while McCulloch threw in Lou Reed and Bob Dylan lyrical snippets into “Nothing Last Forever,” and later, the group turned “Villiers Terrace” into a two-song medley by incorporating The Doors’ “Roadhouse Blues” within it.

While you couldn’t find fault with the band’s playing, McCulloch’s vocals were substandard at best. Maybe this tour has been taxing on his vocal cords, but the singer’s voice was scratchy throughout and its higher register was virtually non-existent. Nevertheless, he was still able to give the beautifully moody “The Killing Moon” enough of the old flair to make it shine.

Alternately, Gordon Gano, vocalist for opener Violent Femmes, hasn’t changed a lick. His snotty voice may not always be easy on the ears, but it’s perfectly fitting for the angst expressed through “Blister in the Sun,” and is just as effective today as it was back in the early 80s.

Gano joked about how it’s difficult to categorize Femmes music, which incorporates country, folk and blues into its mix. However, bassist Brian Ritchie introduced “Blister in the Sun” with what another had recently described it as, ‘alternative classic.’

Whereas Echo & the Bunnymen stuck to your basic guitar, bass and drums along with keyboards, the Femmes were augmented by a saxophonist, who played the tall-as-a-man contrabass saxophone, which added lower-than-low notes to the musical soup. Gano proved to be quite the multi-instrumentalist, playing banjo and violin, as well as electric guitar.

Violent Femmes can be as schizophrenically’ all over the map’ lyrically, as it is eclectic instrumentally. Two songs before closing its set with “Add It Up,” where Gano complained about the inability to get “just one screw,” he sincerely sang the modern day devotional hymn, “Jesus Walking on the Water.” Much like R&B stars Al Green, Marvin Gaye and Prince before him, Gano is one spiritually/sexually conflicted guy. Of course, many of his more sex-obsessed songs were written many years ago and he’s now a full-grown adult. Nevertheless, he sang these old songs like he meant them, just as he did back in the day when they were still fresh.

On paper, Echo & the Bunnymen and Violent Femmes form a kind of musical odd couple. What they have in common, and proved this night, was that they’ve each created a body of work that remains relevant. So much so, in fact, their double billing brings out guys in Smiths shirts to such unlikely places as county fairs. 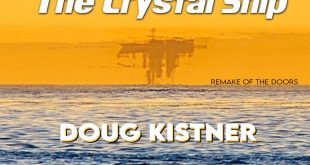