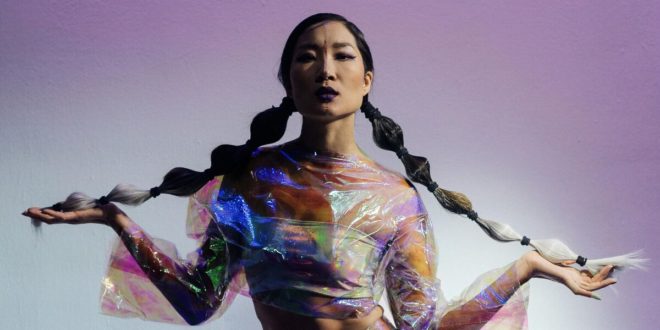 KAYE (Charlene Kaye) has returned, releasing “Cheshire Kitten.” Popcrush described the new single as “a feminist future-funk anthem as eccentric as a Lewis Carroll character and as catchy as Chaka Khan.”

“Cheshire Kitten” signals KAYE’s first single since the 2016 release of her critically lauded EPHoney, which gathered praise from NPR, Billboard, AV Club, Consequence of Sound,Stereogum and Nylon, and the release of the new full-length, Belong, from Chamber Pop band San Fermin, of which Kaye has been a member since 2014.

The song explores the idea that there are masculine and feminine sides within all of us, and how embracing both is vital to being whole. She told Popcrush, “Women in the entertainment industry are often put in boxes and there’s an urge from the media to categorize us as only one thing, so the song celebrates the fact that we are versatile creatures who can be lots of contradictory things at once. We can be technically capable AND sexual, aggressive and soft, breadwinners and maternal figures-and I wanted the song to reflect that.”

“Cheshire Kitten” will propel KAYE into the summer, with a new video coming in August and other unannounced surprises around the bend.