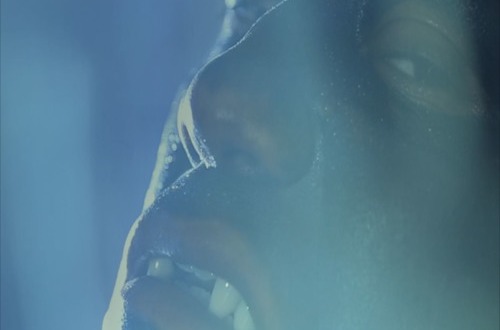 Creative, writer and co-producer of hit internet sitcom TrapHouse is back in the public eye this month; Sharing his musical creations independently via SoundCloud over the last six years, Arlington, TX’s Doc STRANGE honours a track with vocals that completely embodied his work so far.

Produced by Tahiti, “Special” is the leading single from the Doc STRANGE EP, “SINDROME”, and features the rappers overpowering vocals from the start.Doc STRANGE released Skoolboyhustlertoo via iTunes, Amazon, and Spotify. Messy beats build on clearly thought-out lyrics, painting pictures with a sci-fi perspective, of aliens and funk scattered throughout.

The track’s chorus brings the entire song into something more coherent, with an female feature by Diva Sol that blends perfectly below Doc Strange’s voice and gives way to a heavy guitar solo at the bridge. This calms what is otherwise a fast-paced track, and is carried through into the familiar ending; another verse reinforces the musician’s descriptions of other worlds and distorted vocals fit within the story he tells, alongside electronics that create a never-heard before sound that match the clearly futuristic tone of the song as a whole. We are excited to see what Doc Strange does next. Sindrome will be re released on 7/28/17 as a deluxe version with 4 remixes and a new song featuring Kool Keith. It will be on all major online music outlets. (iTunes, Amazon, Spotify, etc.)