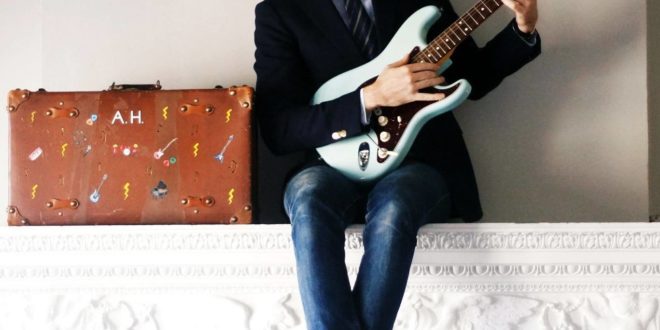 The only way Alexander Howard’s “Mount Rushmore” could get any better is if it could magically play at midnight every time I’m out and have had a little too much to drink. This light-hearted party song is an ode to trying to act sober when you’re anything but. The hook, “…stone face Mount Rushmore” is completely relatable, original, and clever- as is the rest of the new pop track. Howard’s playful lyrics and vocals capture the mood of being less than in control when you’re trying to act cool and impress a new potential love (or maybe lust) interest. Everyone who listens to this captivating tune will immediately have flashbacks of that one time they dropped their glass and tripped on the sidewalk on the way to walking to their cab after having three drinks too many, and singing way too much karaoke. Alexander Howard’s “Mount Rushmore” celebrates being young and having a good time with your friends- even if you don’t remember it all in the morning.

Stephen Vicino is the founder of MusicExistence.com. He created this site to give talented musicians a voice and a way to be discovered.
@@svicino
Previous Acito Borrowed Time (Produced By @AcitoTheGreat)
Next Seether’s 5th Annual ‘Rise Above Festival’ To Pay Tribute To Chester Bennington And Chris Cornell; Event Benefits Suicide Prevention