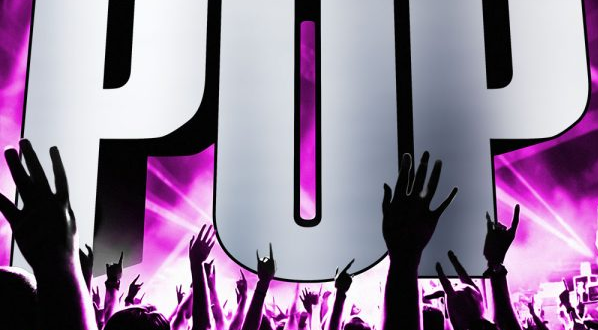 One of the greatest things about music is that it’s universal. A personal favorite is when artists take songs not of their own, revise the recipe, and put their own twist on it. Punk Goes Pop offers Top 40 pop hits revamped by some of the most known punk-rock souls. The compilation series is produced under Fearless Records, offering a variety of Punk Goes… including, Punk Goes Classic Rock, Punk Goes Crunk, Punk Goes Christmas, and more. The series has brought previous classics such as A Day To Remember‘s “Over My Head,” PVRIS‘ “Chandelier,” I Prevail‘s “Blank Space,” and Tonight Alive‘s “Little Lion Man.”

The first track previewed upon the Punk Goes Pop Vol. 7 release was Andy Black’s (feat. Juliet Simms) cover of Adele‘s “When We Were Young.” Check it out below:

One mesmerizing track is Kehlani‘s “Gangsta” redone by New Years Day. This was a marvelous choice, fitting the band perfectly. Ashley Costello’s vocals are almost like a siren luring you in, while the band’s production gives the feeling of walking through a haunted house. Another mentionable track is Grayscale‘s version of “Love Yourself.” The balance between gentle tones and punk elements was well stragetized, slowly building up from soft guitars to an explosion of cymbals and guitars. A few other features include State Champs, Seaway, Dance Gavin Dance, and Too Close To Touch.

The track that takes the cake is Capsize‘s “Fake Love.” This cover is a prime example of the aimed punk conversion through this series. Personally, I might be biased because I’m not much of a fan of the original (Drake) to begin with, but this version is just fantastic. It builds up at just the right times, it was composed beautifully, and the singer’s voice goes well against the guitar tones. Great job, guys.

There were a few tracks that were subpar (and that could be me being biased toward the originals that have my heart.) First on this list is Eat Your Heart Out‘s “Shape Of You.” Although I love the switch to female vocals, I feel like the faster pace takes away from the sensual aura of the song. Boston Manor‘s “Heathens” was the track I was most nervous about, and their version isn’t terrible. While the rapid drum beats got me pumped up to go jump in a mosh pit, it wasn’t much different than the original.

Overall, Fearless Records made a quality compilation with this record. The opportunity they give some up-and-coming bands for exposure and to showcase their own rendition is great. Out of the 13 song track-list, I found some covers from unknowns (to me, anyway) that I truly enjoyed and will check out their own work. Punk Goes Pop Vol. 7 is worth giving a shot if even just one or two tracks strike your interest. The full compilation contains a handful of awesome tracks. Until the next Punk Goes…