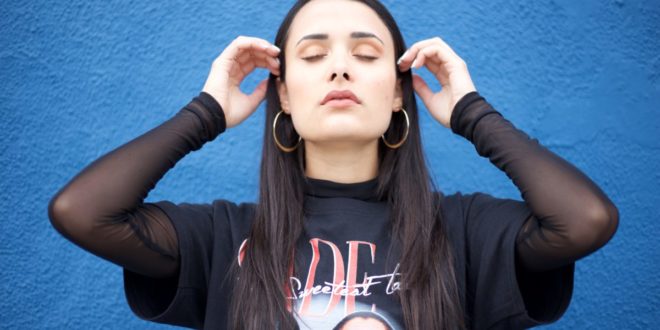 LIZ LOKRE (formerly known as Liz Loughrey) is a pop-soul singer/songwriter hailing from Toronto, Canada. Last year, she released her debut single ‘Rise Up!’, a Caribbean-flavored track which has garnered much acclaim on respected blogs and playlists around the world.

Music is deep in her blood, LIZ LOKRE has been writing and performing since she was 12. Her father booked live rock music in his native Dublin while her Trinidadian mother travelled the world as an Indian dancer. It was her grandmother who had in fact pioneered a popular pre-Bollywood style of dance. At a young age, Liz started gravitating toward Stevie Wonder, Sade and Alicia Keys. Her vocal coach — who she shared with the Weeknd — recommended her to Adrian X, the guitarist and OVO Festival musical director, who has headed up the live bands for Drake, The Weeknd, PartyNextDoor and more. Drawing on their shared love of R&B, reggae, international pop and elements of what’s become known as the ‘Toronto sound’, together they created the sound of the LZL collective.

LIZ LOKRE is back with ‘Buh Bye’, a sultry anthem for the dance floor with a groove that beats for the soul. Produced by Toronto musician Adrian X and Jordan Reyes of BASECAMP, the track was released on May 25th and has already reached over 130K plays, being featured on several official playlists around the world both on Spotify and Apple Music (New Music Friday playlists and Apple Music’s Best Of The Week – Breaking R&B). On Friday 14th of July, LIZ LOKRE will drop the groundbreaking and dynamic visual for ‘Buh Bye’.

Partly funded by MuchFACT, the music video is directed by Sean McBride & Caroline Torti. She adds “This song is about the journey towards empowerment and how good it feels to confidently say ‘Buh Bye’ to anything that was holding me back”. ‘Buh Bye’ is now available on all digital and streaming platforms.

Get it on iTunes

Previous Show review: G-Dragon at The Forum in Inglewood, CA on June 16
Next New Music from Nadia – “I Left My Heart in California”