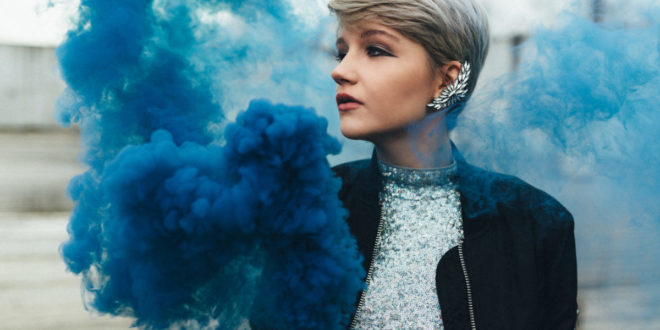 Anja Kotar Debuts Catchy Electropop “How To Be Cool”

With the release of debut album NOMAD, 20-year old Anja Kotar fuses heavy electropop vibes with raw, powerful vocals and unrelenting lyrics for a uniquely fun summer soundtrack. With years of experience in entertainment, ranging from dance to appearing on Slovenian X-Factor, Kotar draws from a rather unconventional childhood to deliver an album examining the universal complexities of growing up. Moving from Europe to California in 2012, Kotar poured much of her adolescence into songwriting, which eventually took form as NOMAD. Lead single “How To Be Cool” serves up a compelling experimental sound, setting the stage for an album of refreshing pop tunes.

Check out the track here:

“How To Be Cool” defies satisfying comparison in the best possible way. In the incredibly catchy track, the 20-year old Slovenian singer combines unique dance beats with a healthy dose of synth for a sound that is somewhere between K. Flay and Betty Who, while still showcasing Kotar’s gentle yet commanding voice.

The dance floor jam does not shy away from biting social commentary. Inspired by Kotar’s general unease at a culture that “glorified and worshipped reckless partying in the most platonic of ways,” “How To Be Cool” serves both as an irresistible dance track, and a glimpse into “a different, darker side of the picture-perfect party scene,” as Kotar explains.

Check out NOMAD on iTunes, Spotify, Amazon, and SoundClound.