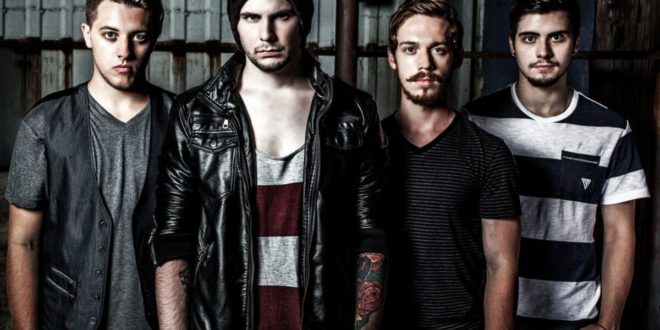 For their second full-length album, Bloom, Atlanta act Separations (Myles Priest, Tyler Whitfield, Brenden Worthington, and David Richey) have put together an assortment of tracks that blend together elements of rock, metalcore, and electronic music. Continuing the momentum from their debut LP Dream Eater, the band is currently performing on the Vans Warped Tour to promote their latest record and their fanbase has steadily increased as of late, proving that Separations are a true rising act in their genre.

The opening track, “Hollow,” starts off with some hard-hitting instrumentals including a biting guitar riff and thumping bass work. One of the first noticeable characteristics definitely falls into the track’s quality production. The vocals start off as spacey and then jump out of the speakers when they reach the more powerful screamed sections. These transitions help make the aggressive instrumentals pop, allowing listeners to make out each detail from every performance. The track is reminiscent of Bring Me the Horizon, in that is creates a soaring sound that still delivers with visceral strikes of grit on the chorus. The following track, “Passenger,” shows the band utilizing their electronic elements. The band mixes these electronic aspects with a metalcore base to create a solid work of electronicore. This track, along with “Exist,” sounds similar to Enter Shikari due to Separations creating a textured electronic background before exploding with sets of dominant vocals. It’s a nice blend of light, fluid instrumentals and robust climaxes.

Other tracks like “Brother” and “Lionheart” offer less emphasis on electronic elements and more focus on classic metalcore. These tracks bring a more aggressive sound thanks to their frantic guitar work and some of the harshest vocal performances on the entire LP. This is especially prominent on the track “Walls” which is one of the album’s finest crafted songs thanks to its strong opening guitar riff and impressive breakdown towards the end. These moments should provide good listens for those who prefer a more straightforward interpretation of metalcore without the need for electronic components. This works in contrast with a track like “Backfire” which takes a noticeably toned down approach compared to the rest of the album. “Backfire” focuses on its electronic roots rather than the hardcore influences. While the vocals still carry some grit, the instrumentals focus on more electronic elements rather than the punishing riffs and pounding bass work found on the rest of the project. It’s certainly a breath of fresh air in the context of the rest of the album, which admittedly becomes somewhat tiresome in its second half.

The main downfall of Bloom comes from the fact that many of the tracks feel overly similar to each other. Many of the tracks combine similar aspects, such as the fairly straightforward metalcore guitar riffs, which makes some songs difficult to tell apart. This ultimately makes the whole project feel a bit stale due to its lack of diversity. On their own, the tracks possess more flair but when combined for a full-length project, one can’t help but notice the similar characteristics in each song, such as the overly familiar screamed choruses and guitar riffs.

Separations don’t bring a wealth of new ideas to electronicore but they definitely carry enough talent to become a noteworthy act in the genre. Every performance is strong and the band clearly puts a good amount of thought and detail into their music. Separations pick up where they left off from their first LP, though this sound is even heavier than what that record showcased. Provided that Separations can develop a more diverse sound for future albums, one that combines the metalcore and electronica elements in slightly tighter fashion, then the band will put together even more ambitious projects and bring in wide varieties of curious listeners.

Cain Miller is an aspiring writer who hopes to work his way up and gain notoriety for his material. Having written about film, television, music, and sports, Cain is always looking to gain as much experience as he can and continue to improve his writing abilities.
@cainemiller
Previous Indigo Husk – Goes Around Comes Around [Video]
Next Gallery: Anti-Flag from Warped Tour 2017 , West Palm Beach, FL 7.2.2017