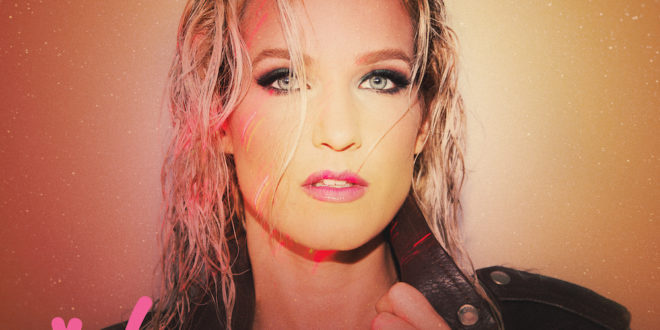 Being described by Idolator as “Lana Del Rey meets Robyn”, NINA is an up and coming German synthwave singer and songwriter on the rise of pop emergence with her latest dreamy futuristic track, “Counting Stars”. NINA’s past single reached within #6 on UK Shazam advert charts and received support on Hype Machine from her last track “We Are The Wild Ones”.

NINA’s latest single “Counting Stars” was mixed by Grammy award winner Liam Nolan, best known for his work on Adele’s acclaimed album “25”. “Counting Stars” is a futuristic synth-pop track blended with a reminiscence lyrical story and easeful vocal arrangements. The soft and dreamy synth instrumentation behind NINA’s words gives the track a more delicate style and lets you into the reflective lyric’s love-tale being told.

NINA herself explains the single, saying “‘Counting Stars’ is a melancholic track, and tells the story of two lovers making a pact and escaping their lives in the only way they know”.

With the release of her upcoming EP set on August 11th, NINA has a few live dates across the UK while she is recording and writing towards her soon debut album.