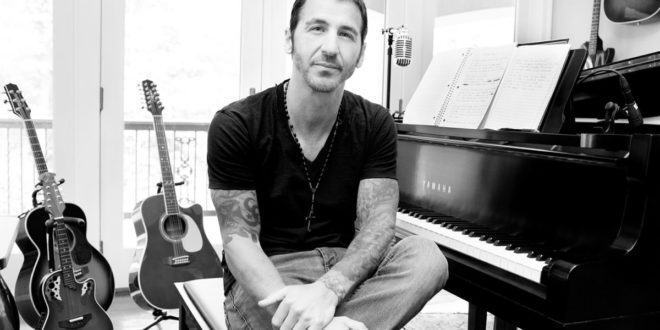 Four-time GRAMMY®-nominated, singer, songwriter and musician SULLY ERNA has partnered with the Mark Wahlberg Youth Foundation and Recovery Centers of America to raise awareness about the growing opioid crisis in America. SULLY and the Mark Wahlberg Youth Foundation have teamed up to create a brand new video featuring the song “Different Kind of Tears,” the first single off ERNA’s current solo album HOMETOWN LIFE, available now via BMG (here).

The raw and powerful video for “Different Kind Of Tears”–a song dedicated to teenage angst from the heartbreaking perspective of a parent–features actual footage from parents who have lost their children to opioid addiction via overdose.

Listen today, July 11 as SULLY and Rich Smith (RCA) join NPR’s “HERE & NOW” host Robin Young for an in-depth interview about the song and specific resources for communities to be pro-active on frontlines of the opioid invasion; hear the full interview (here).

The latest numbers published in the New York Times report that opioid deaths grew to over 60,000 nationwide in 2016 and they are projected to grow even higher in 2017.The Department of Health in Massachusettsalone reported statewide deaths caused by opioid overdoses topped 2,000 in 2016 for the first time, meaning  each day an average of nearly six men and women inject, snort or take a drug and never wake up again*. *Department of Public Health.

This grim discovery inspired SULLY to team up with Jim Wahlberg, Executive Director of the Mark Wahlberg Youth Foundation, who alongside Recovery Centers of America, is dedicated to protecting families and raising awareness to stop the opioid crisis one neighborhood at a time.

“When Jim Wahlberg approached me to get involved with the Foundation to combat the out-of-control opioid epidemic sweeping this country, it was an easy decision,” explains singer-songwriter-musician SULLY ERNA.  “Most of the charity work I have done is based around helping out inner-city kids to begin with–since I was that kid myself once–and especially since the opioid problem is now so severe in my hometown of Lawrence, Massachusetts. This song and video echo the feelings of struggle and loss people experience with this addiction and yearns to be heard.”

“This video addresses one of the most serious health issues facing our society today,” explains producer Jim Wahlberg, Executive Director of the Mark Wahlberg Youth Foundation. “Addiction touches every culture, every family and ultimately every one of us. I’m grateful for the opportunity to work with a very talented musician on this important project.”

“Our neighbors, our co-workers, our friends and our families are being affected by the addiction epidemic,” said Rich Smith, Chief Marketing Officer of Recovery Centers of America. “With the goal of saving one million lives, we felt that it was a natural partnership for RCA to join Sully Erna and the Mark Wahlberg Youth Foundation to increase awareness of just how prevalent this epidemic has become and the resources for help, like RCA’s inpatient and outpatient facilities.”

According to data from a February 2017 report on opioid overdoses from the CDC, in 2015 there were over 22,000 deaths involving prescription opioids, equivalent to about 62 deaths per day. An increase from approximately 19,000in 2014, a significant portion of the increase in deaths was due to deaths involving synthetic opioids other than methadone, which includes fentanyl. Law enforcement agencies have reported recent increases in seizures of illegally-made (non-pharmaceutical) fentanyl. It is presumed that a large proportion of the increase in deaths is also due to illegally-made fentanyl. The CDC further discloses thatprescription opioids continue to be involved in more overdose deaths than any other drug, and all the numbers are likely to underestimate the true toll given the large proportion of overdose deaths where the type of drug is not listed on the death certificate. The findings show that two distinct, but interconnected trends are driving America’s opioid overdose epidemic: a 15-year increase in deaths from prescription opioid overdoses, and a recent surge in illicit opioid overdoses driven mainly by heroin and illegally-made fentanyl, both trends continued in 2015*. *Referenced CDC report February 8, 2017.

HOMETOWN LIFE was composed by SULLY ERNA on piano and acoustic guitar, and produced in his New England-based studio. A powerful mix of blues, country and rock,  Guitar Player magazine hailed the album shows “compelling ‘other sides’ to the Godsmack frontman, such as his forays into country, Motown soul, bossa nova, and even orchestral pieces”(8/18/16). A confessional and raw work, HOMETOWN LIFE offers an intimate view into the emotional roller-coaster of life, marking a stylistic left-turn from SULLY’s first solo album Avalon as well as the music he creates as frontman for the multi-platinum rock group Godsmack. On HOMETOWN LIFE, SULLYexplores his own eclectic musical tastes–from singer-songwriter Billy Joel/Bruce Springsteen, to the bossa nova touch of “Take All of Me,” to the breezy island feel of “Your Own Drum,” and the finger-snapping Motown bass lines of the bluesy “Turn It Up,”–which features Sully’s 71-year-old musician father Salvatore playing trumpet-as well as the wide-screen canvas of mini-symphonies such as “Blue Skies” and “Forever My Infinity.” 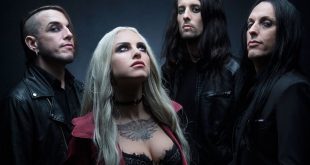 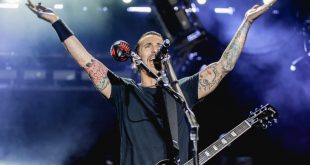 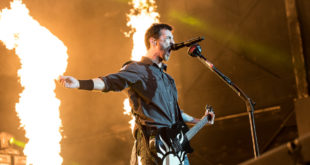