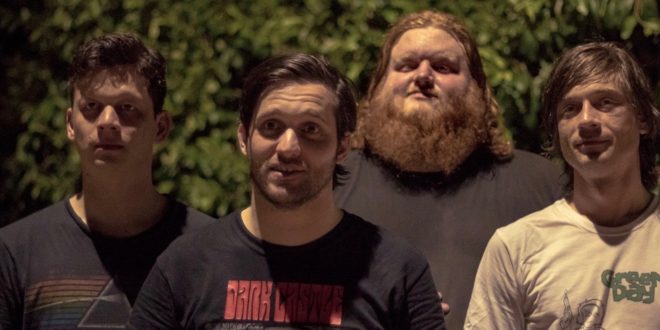 Poetic post-hardcore band VVomen (pronounced “wim-in”) has released their debut music video for the single “Cadence and Carousel”. The track comes from the Sacramento quartet’s EP Moving On, which will be released independently on July 21st.

“Cadence and Carousel” is lumbering punk song about a couple’s first dance at their wedding. Vocalist Tim Bastiaans explains “Though you’re excited and happy about being married, you’re also worried about what you can provide to the relationship. The intro is based heavily on ‘Shadow Over Innsmouth’ by HP Lovecraft which is about an underwater village. I was reading a lot of Lovecraft at the time and I just thought it sounded cool.“

Visually, the band conceptualizes an alternate Stranger Things-esque world and the need to rescue someone that is trapped there. They also incorporate giant, handmade papier-mache heads and a grim reaper antagonist.

Moving On‘s six songs could be classified as post-hardcore, in the way early At The Drive In is post-hardcore, mixed with just a bit of Jawbreaker. The earnest, speak/shouting style vocals are emotional, but not emo. The music is angular and lurching, but unabashedly melodic and catchy. It was produced/engineered by Pat Hills at Earth Tone Studios (Tera Melos, SHARKS) and is available for pre-order on Bandcamp.

Previous Sabrina Carpenter Releases New Single “Why”
Next Gallery: One Ok Rock Live At The Marquee Theatre In Tempe, AZ 07/07/17 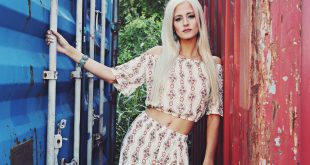 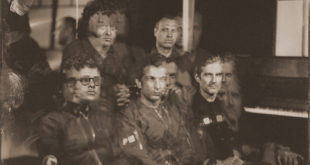