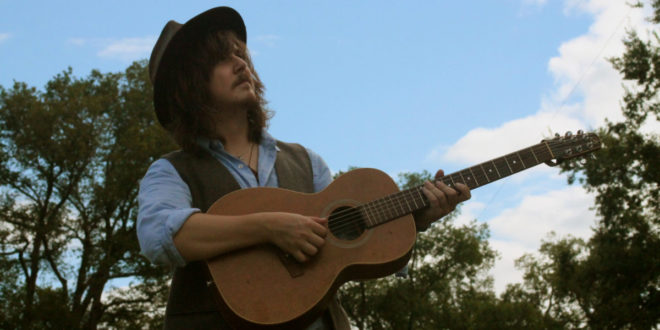 Check out the new song here:

The evocative six-minute long track explores the Chicago ghost tale of a pale young hitchhiker seen wandering desolate roads, who asks always to be let off at Resurrection Cemetery before disappearing into the night. Gentle, twanging guitar and Dennis’s soulful croon, colored by unmistakable influences of Bob Dylan and Paul Simon, guides the song through passionate emotional swells, tapering into a delicate, resonating final chord.

Throughout the track, Dennis skillfully uses the scope of well-known local lore as the framework for universal emotional truths, showcasing his adept storytelling. Lyrics like “ghosts trying to escape/forever left to venture back in haunted reverie” draw from deeply personal struggle and self-reflection to craft a tale that resonates with poetic simplicity. Against the backdrop of Dennis’s personal inspiration, “Resurrection Mary” only becomes more striking:

“The more I meditated on that character, the more I related to her plight– and to the tendency to continuously return to those origins of pain; in my case, literally to the gravestone of my deceased girlfriend, Adrienne. It seemed like for a period of years. No matter how I tried to move on, I always ended up at that gravestone, breaking down and regretting having tried. I don’t know if others can relate to this (I would guess they can), but it isn’t easy to be left so caught up in the past, the pain, and the way it defines your present. It starts to play out in front of you over and over again, like clockwork ghosts. That’s what I wanted this song to convey. Not just the story of a character caught up in a tragic cycle of pain, but the story that all of us can take on– and which those around us passing us on the street, like specters, could be experiencing too. There is definitely a way out of this cycle, but like Mary, and like my own experience, it can be almost impossible to differentiate the real from the projection while you’re in it.”

I write about music and live shows and other fun things. Strong feelings about pugs, Halloween, and burritos. Currently zooming around northern California, with frequent stops in LA.
@missdanajacobs
Previous Gallery & Review – Dead & Co. at Wrigley Field – 7.1.17 Chicago, IL.
Next The Dead Deads Release New Video for “Nothing Will Be Fine”