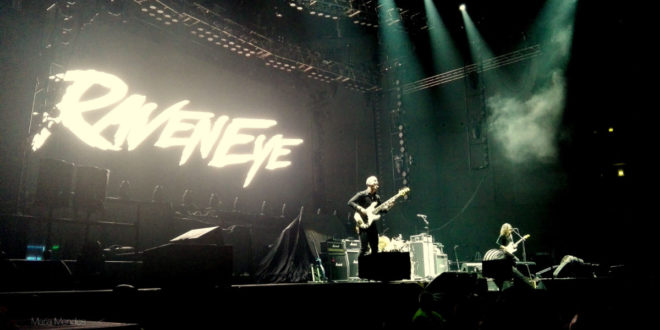 Two words to define RavenEye: consistency and energy. The British rock outfit debuted themselves in Portugal opening up for rock legends Aerosmith at Lisbon’s MEO Arena.

This is a band that shows a kind of determination and dedication on stage that grabs the audience from the first song. You could see how that commitment pays off, as Meo Arena surrendered to their performance.

Brown repeatedly engaged the audience whether singing or carrying out some acrobatic moves, playing guitar on Spiers shoulders.

No one would know Adam Breeze on the drums, was not part of the band from the start (Adam joined the band for about one year replacing Kev Hickman) as their whole performance has so much cohesion.

Half an hour of a powerful set featuring a few songs from their album NOVA and by the time they were finished, all you could hear people commenting positively on the performance. It’s clear that their first show in Portugal would not be easily forgotten.

RavenEye has a fresh, enthusiastic approach to their performance that is contagious.

The band follows the vein of bands like Soundgarden or Temple of Dog, but manages to be unique all the same, with power chords and melodies in perfect accordance with Brown’s voice.

On a night we were supposed to say goodbye to Aerosmith, we ended up saying hello to RavenEye.

Be sure not to miss RavenEye on the road. 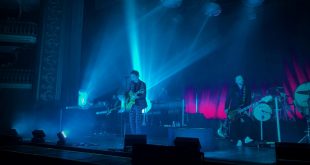