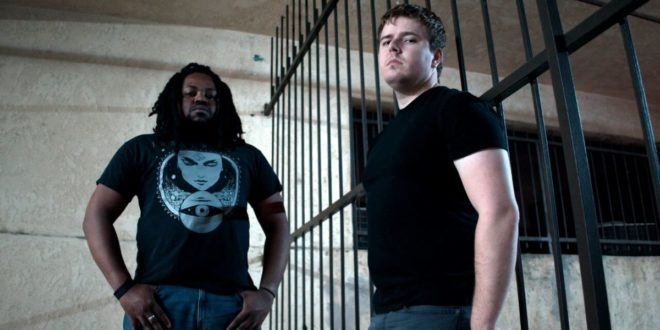 After starting out as a solo instrumental project by founding member Dylan Furr, metal act DFB have impressively evolved their sound over the years and their latest EP Perspective is a perfect example of how the group continues to grow. While DFB’s sound remains rooted in progressive metal, this project shows influence from a wide range of influences, making it a varied listen. While DFB are still a young group, Perspective certainly shows that the band have high aspirations for their music.

The opening track, “Domino,” begins with a gutting riff and rapid percussion similar to what one would find in the djent genre. When paired with the deeper growls and screams from the vocals, the track is a noticeably heavy opening number. Having said that, the track shifts back and forth between these heavier moments with elements closer to prog metal. The lead guitar possesses a much cleaner sound when handling the solo work and the animated vocal stylings feel similar to those of Maynard James Keenan. It’s quite interesting how smoothly the band transitions back and forth between these two styles. While this could easily come across as jarring, DFB pull it off with ease and make their tracks have a natural structure. The following track, “Dissolve,” shows off the band’s more progressive rock factors. This track has a cleaner, more calculated sound. The production here is fantastic, letting listeners hear every hidden detail. This track draws comparisons to Periphery, especially when the higher pitched clean vocals make their presence. The majority of the song is paced well, taking its time to build up and explode with its louder guitar work and harsher singing. At first glance, this seems like another good example of the band combining darker metal with prog rock, though the track runs a bit stale towards the very end. “Dissolve” concludes with nice thumping percussion, busy pianos, and some light guitar work thrown in as well. While these elements aren’t inherently unpleasant to listen to, they feel somewhat tedious after playing for nearly two minutes. The track almost feels as if it didn’t even need to reach its seven-minute runtime. By around the five-minute mark, the track could have easily wrapped up and remained a solid piece of progressive metal. However, the continuous instrumentals towards the end don’t feel too connected to the track and make the song overstay its welcome.

The EP quickly picks up some momentum with “Halogen,” a track that makes better use of its length. With a solid breakdown and noteworthy diversity on the vocals, this track feels more compact in its presentation compared to its predecessor. The energy continues on the track “Epiphany” which begins with a bassy, heavy sound, once again drawing comparisons to djent at least in terms of its instrumentals. The instrumentation yet again transitions seamlessly into a more prog rock nature. While the instrumentation is again on point, the true shining moment on this track are the vocals which reach an incredible range around the 2:30 mark. The vocals carry a good amount of power and work well no matter which instrumental style backs them. The closing track, “Transcendence,” is arguably the heaviest moment on the entire project, almost moving beyond the djent elements and inching closer into death metal territory. This style once again shifts into a more polished sound, similar to the aforementioned Periphery or maybe even Coheed and Cambria to an extent when the clean vocals come in.

DFB’s room to improve mainly relies in their need to take full advantage of their songs’ potential. As stated before, “Dissolve” felt longer than needed and the track “Hindsight,” while flashy in its guitar work, was too short and would likely have worked better in the context of a longer song. Once DFB sharpen their song crafting and hone their progressive elements to create even more ambitious work, then they could definitely become big names in the metal community. While it is rough around the edges, Perspective remains a solid work of metal. The performances are all top notch and the band’s ability to transition between prog rock and more abrasive genres like djent is quite impressive. Fans can expect big things from DFB in the future because theirs sound will only evolve from here.

Cain Miller is an aspiring writer who hopes to work his way up and gain notoriety for his material. Having written about film, television, music, and sports, Cain is always looking to gain as much experience as he can and continue to improve his writing abilities.
@cainemiller
Previous Gabriel and The Apocalypse at Vamp’d in Las Vegas, NV 06.23.17
Next The Plague Release “Fallen” with Celestial Lyric Video