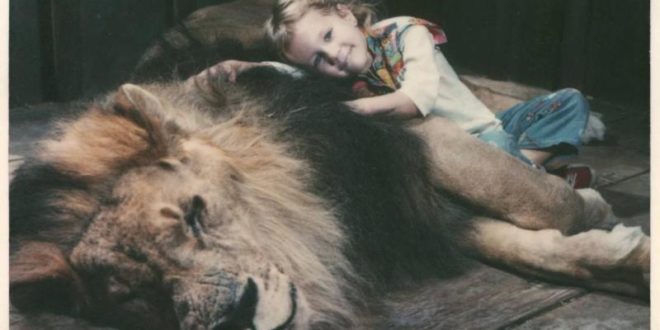 It may be cliché to note when an apple doesn’t fall far from the tree, but in Miranda Lee Richards’ case, this saying holds true. She’s the daughter of two 70s activist/artist parents (more than likely, hippies), and her latest album (Existential Beast) has many earmarks of a latter-day hippie folk album.

She closes her album with “Another World,” a song imagining a utopian dream. It’s an epic, 11:51 long track, which finds Richards describing our dark contemporary world. It’s also a bit of a warning to her home state, as she advises, “California, don’t throw yourself to the sea.” California plays big in Richards’ mind, as she titles another track “Golden Gate.”

Many of these songs follow a dreamy, ethereal sonic pattern, which can cause the listener to zone out after a while. Richards is at her best whenever she mixes together this dreaminess with a tad more aggression, which she does nicely during “The Wildwood.” There are sections of this track where the electric guitars are amped up Grateful Dead jam style, over soulfully appropriate organ. The song even incorporates spacey, psychedelic elements toward its end. Richards’ angelic voice floats easily over these instrumental notables. Richards also rocks out a bit with the electric guitar-driven “On the Outside of Heaven.”

Both “Another World” and “Oh Raven” feature singing in a distinctly traditional folk manner. The latter has a bit of a Renaissance Faire vibe running through it, as well as a distinctly Simon & Garfunkel “Scarborough Fair” sound driving it.

Many of the lyrics to these songs have an obvious spirituality running through them. These are more along the lines of hipster religiosity, though, than anything close to mainstream religion. It’s as though the political and cultural turmoil we’ve all been thrown into of late have driven Richards toward the heavens for answers.

Rather than solving our world’s problems, Miranda Lee Richards speaking out and hoping for answers. It’s the cry of her heart, and she cries beautifully.