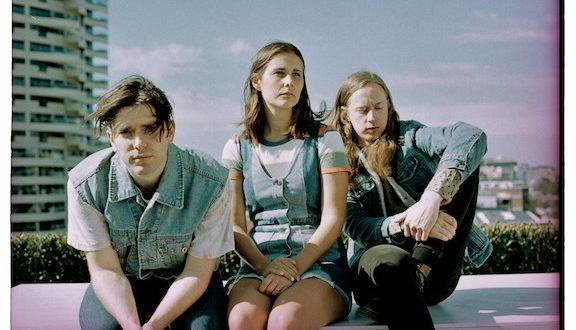 Sydney trio Middle Kids are hard at work on their highly anticipated debut album, but will take a break from the studio next month to return to the US to play festivals and their own headline shows. The band will play Lollapalooza (including a very special afterparty with Mac Demarco), Osheaga, and will open for Sylvan Esso as part of the BRIC: Celebrate Brooklyn! series. Also, announcing today is a headlining show at Music Hall of Williamsburg in Brooklyn on September 16th. Tickets go on sale this Friday, June 16th.

The band recently stopped by the triple j studios in Sydney to deliver this incredible cover of “Don’t Dream It’s Over” for Like A Version. Stereogum described the track as “vulnerable and acoustic and lovely.”

Earlier this year, Middle Kids made their Late Night US TV debut with a commanding performance of the hit single “Edge Of Town,” on Conan, cementing their status as a band to watch for 2017. They also delivered buzzworthy performances on KCRW, KEXP and Sirius XMU.

The band’s debut single, Edge Of Town, continues its ascent in alternative radio, picking up new adds from SiriusXM Alt Nation, WWCD, KRBZ, WEQX, KRXF, WEDG and KYRK in addition to continued support from Sirius XMU. The song has been streamed over 7 million times on Spotify.

Led by singer-songwriter-guitarist Hannah Joy, with Tim Fitz (producer and multi-instrumentalist), and Harry Day (drums) rounding out the team, Middle Kids combine echoes of the infamous female-fronted indie rock bands of the 90s and early 2000s, like Sleater-Kinney, The Breeders, and Belly, with thoroughly modern production and a deep love and respect of the songwriting process. The band’s anthemic sound is a combination of hooky tune craft, ripping Music Row-inspired slide guitar leads, and soaring melodic vocals. Middle Kids shine especially bright live, where an added gear takes them from 0 to 60 in quiet-to-loud dynamics with hair-raising emotional impact. There’s a contagious joy to this new band – wide-eyed and optimistic, but with an emotional rawness that touches the nerve of even the first-time listener.