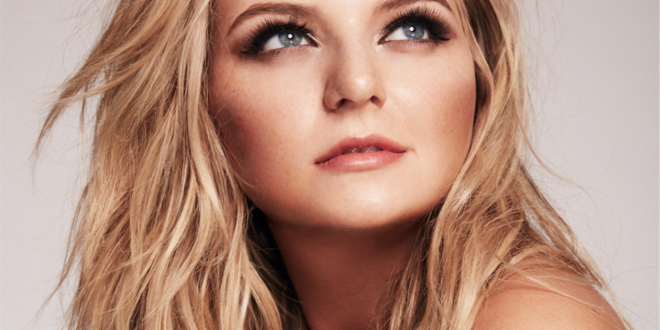 Taylor Grey is a 20-year-old sweetheart who’s making her way into the music scene. Her debut album Space Case dropped June 16th and highlights Grey’s writing talents. Taylor Grey took time out of her day to discuss her debut album, how she dives into her songwriting, who’s on her radar to work with, and her tour with Jacob Whitesides.

ME: Congratulations on your debut album release! How was your release date? Did you have any celebrations?

Thank you! I actually had the first show of Jacob’s tour that day/night. I had a mini release gathering with some people who came to the show afterwards, had some pizza, some pictures. It was fun.

ME: You’re a few dates away from the end of the Basically Happy Tour with Jacob Whitesides. How has this tour cycle been?

It’s been really, really good. I have loved it and sad for it to be over. The people are great. It’s really nice to have music out now, because last year when I did the tour, I didn’t have as much of my own music out yet. People have been singing along a lot more, and it’s been really exciting. We can really jam out together. People know the words now; it’s so surreal.

ME: That’s awesome! I know the album reflects a variety of influences. (Country, Pop, R&B) Does this reflect your musical influences personally? What inspired this record?

Since I write my own songs, I have different influences depending on what type of song I want to write or who I’m with. I wrote “Open Road” with Dave Kuncio. He wrote “Somewhere on a Beach” for Dierks Bentley, so he has more of a country vibe. I knew that going into it and had that in the back of my mind that he was more a country writer, so I was like, “Alright, lets try picking up guitars and writing.” So I wrote the song on guitar. I know obviously it’s not a country song and I’m not singing in a clang or anything aggressive, but I have that in the back of my mind of who I’m working with and what their comfort zone is. That inspires me to tap into this part of my creativity and see what I can do.

Yeah, it’s super fun and it allows me to branch out as a songwriter and learn. I always want to take new experiences from people that I’m working with and don’t ever want to be forced to do a box of what I can write. I definitely just want to reflect that in my writing and not push that on anyone else that I’m working with.

ME: How was the recording process different this time around compared to your two “Mind of Mine” EPS released in 2016?

This album was recorded all within Pulse Music Group Recording Studio. There’s so much history in that studio, which is pretty wild to know the names of people who have recorded there before. Me and Nico Stadi were everyday tracking vocals, and we just kinda knocked it out. Did a song or two per day. It was great. He just really honed in on the creativity of the songs. We already had the songs written and demoed, and it was great to add a nice vocal and to get back in the headspace back where it was when we wrote the song.

ME: How was it to see the songs off Space Case come to life with a more elaborate production?

It was awesome. Josh Abraham and Nico Stadi are amazing. There’s no questioning their accomplishments or talents. What I really loved about that was, because this album was written over the summer with multiple writers, it was kind of like a hodge-podge. I was trying to figure out where I was going as a writer. We came together and I was like, “How do we create cohesiveness?” They were so great about taking all of these elements and different influences and creating one sound I like to call “space pop”, which coincidentally works with the name of the album.

ME: Definitely. Space Case features a few collaborations, such as Spencer Kane and Brad Simpson of The Vamps. Do you have any dream collaborators you’re dying to work with?

Ugh, so many! (laughs) I always say someone I just admire so much is Ed Sheeran. He’s an insanely talented singer-songwriter. I also really love John Mayer. But those two are insanely huge names! But those are people I look up to and feel inspired by daily as singer-songwriters. I really love Hailee Steinfield, Kelsea Ballerini, Maren Morris are girls in the industry right now who I just think are super awesome, powerful, and empowering, so I look up to them as well.

ME: Would you ever do an all-girls tour?

I feel like I would love that! I’ve only toured with guys thus far except with The Summer Set. The drummer is a girl; she’s amazing. But it’s been mainly guys, and I would totally love to switch it up. I’m all about girl power and women empowering each other. And to just be inspired by other females. Ugh, I would so do that!

ME: Just maybe one day… (laughs) What’s your favorite song off the album?

Typical question! (laughs) It’s like making me choose a favorite child! I think it depends on what mood I’m in and what day. Ya know, other people might have that same reaction. I think my favorite – one song that’s just super meaningful to me is “Space Case.” Lyrically, it was the most difficult to write. Because it’s in the third person and I’ve never done that before. It’s semi auto-biographical but also the person I want to be. I wrote it with this whole space metaphor, and trying to make that not sound crazy is one thing. I just remember calling my mom being like, “Mom, I wrote a song with the words “space case astronaut” in it, and it doesn’t sound completely insane!” (laughs) It’s different layers of meaning. Space case is usually used in bad terms, kinda like a deer in the headlights. I see it as someone who’s dreaming, who’s vision may not be realized about people around you “Earth”. That can apply to someone who doesn’t fit in in their school, their family, or whatever environment they’re in. They have bigger dreams than that, and they’re not giving up. Head in the clouds and feet working hard on the ground. It reflects who I want to be and who I’ll continue to be – this dreamer who doesn’t let the “Earth” or other influences bring me down.

ME: Definitely. I love your sense of honesty and independence in the album. It definitely reflects in “Impossible” and like you said, “Space Case.” Was it difficult finishing your spring semester (2nd year) at Stanford while working on the record?

I actually, believe it or not, wrote and recorded this album the end of last summer. I wrote it July, August, September, and recorded in September, so it’s been done for a hot minute. (laughs) This whole year during school, I was anxious and restless to get this new music out. But you know, everything in the music industry happens for a reason and certain timing. I released the first single in February, so I started getting stuff out there. But spring quarter was a challenge trying to promote my new singles, traveling, and going to radio stations. I got to perform at the Billboard Music Awards for a bunch of radio stations at the opening ceremony (which was amazing!) and just doing a lot of fun stuff like that.

Yeah, I was super excited! A lot of weekends were missed via traveling, but I was doing what I love.

ME: Well worth it! Do you have any plans after the tour?

Yes, I’m moving to L.A! I rented my first ever apartment. I feel so adult! (laughs) I just turned twenty. I’m gonna move out here, and I’m always writing songs. People are like, “Oh, do you find it hard to write songs?” NEVER! I love writing songs – It’s like my outlet. I’m always writing in my dorm room, so I’m so excited to get in the studio and record new music, even if it’s releasing an EP on Soundcloud. Hopefully touring more, who knows. Just really immersing myself one hundred percent now that I have a break from school.

ME: Awesome possum. Do you have any…

I love that! Awesome possum, haha. I say that all the time!

Yeah, thank you! (laughs) Seriously, thank you. It’s pretty surreal. I always kinda look behind my back, like, “Wait, me?!” I feel like a normal average person, and I really hope to be that for someone. Ya know, “If she can do it, I can do it.” Thank you for listening and supporting me on this journey. And it’s not me – it’s me and the people who are connecting with my music. We’re gonna do this together, always.