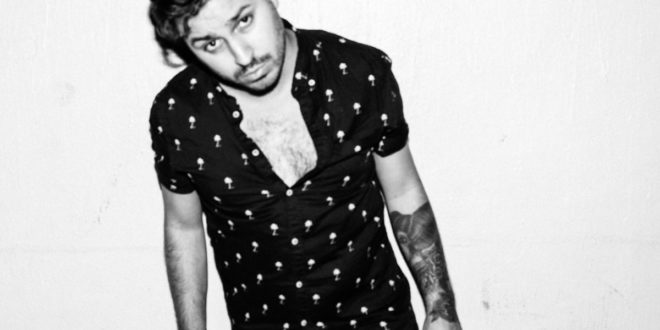 Brooklyn group Vacances have recently turned heads with several catchy singles leading up to their EP The Wild, a unique project that shows off a wealth of influences. Vacances draw inspiration from indie rock acts both old and new, and the band holds a sound that should appeal to fans of contemporary pop rock artists.

The opening rhythm to the track “Damage” feels highly reminiscent to Joy Division due to its busy percussion and thumping baseline. The following incorporation of bright keyboards show clear inspiration from The Cure, specifically their record The Head on the Door. Vocalist Danny Lannon also carries a hint of Robert Smith in his presence, both in his showy singing and affectionate lyrics. This track throbs with a post-punk charisma though it contains a modern style so that it doesn’t feel too dated. In a way, Vacances could be compared to certain post-punk revival acts like Interpol or Bloc Party. That being said, Vacances’ sound is closer to pop than those acts. This is perfectly showcased in the following track “Legacy Girls.” The opening synths have an 80s vibe but it’s not quite as emotional as the previously mentioned post-punk heavyweights. While this track also has clear inspiration from those artists, it feels more closely connected to current synth-pop acts like Chvrches and M83. The production is crystal clear and the detailed instrumentals make for a playful listening experience.

The Wild then takes an interesting turn at the track “Human.” With this track, Vacances seem to find a middle ground between the synth-pop and indie rock tones of their music. When listening to this side of Vacances, the first band that comes to mind is MGMT. The floating instrumentals give the track a quintessential indie-pop sound, the lyrics feature a gleeful amount of curiousness, and Lannon’s vocal performance itself even sounds similar to Andrew VanWyngarden. The EP keeps this ball rolling on the final two tracks “Cool” and “Never Give Up.” These tracks continue the comparisons to MGMT as well as electronic/pop acts like Animal Collective. The instrumentals still feel lighthearted though the lyrics shift from inquisitive to cutise.

These tracks, especially “Never Give up,” offer a more straightforward pop exterior. While they remain good pop tracks, it was admittedly disappointing to witness the post-punk bite slowly fade towards the end. This keeps the EP from running stale, though I can’t help but feel the project becomes safer as it progresses. The EP slowly transitions from insightful, emotional post-punk to more accessible feel-good pop. To be fair though, The Wild is a fairly short listen and the brighter indie pop/post-punk tracks outweigh the more sheltered moments that close out the EP.

The Wild is a fun, quick listen that covers a good amount of respectable styles. The first few tracks will appease post-punk fans, the middle portion will give listeners a good taste of indie rock reminiscent of the early 2000s, and the closing tracks offer a more accessible sound that fits in with the modern pop scene. It will be interesting to see if Vacances continue this diverse output in future projects or if they choose one specific style to pursue, though they will likely gain success with whichever route they take. As a whole, The Wild is a bright introduction to Vacances’ sound and the band’s momentum will surely continue from this point.

Cain Miller is an aspiring writer who hopes to work his way up and gain notoriety for his material. Having written about film, television, music, and sports, Cain is always looking to gain as much experience as he can and continue to improve his writing abilities.
@cainemiller
Previous Greta Van Fleet Announce U.S. Headline Tour
Next Interview: Taylor Grey