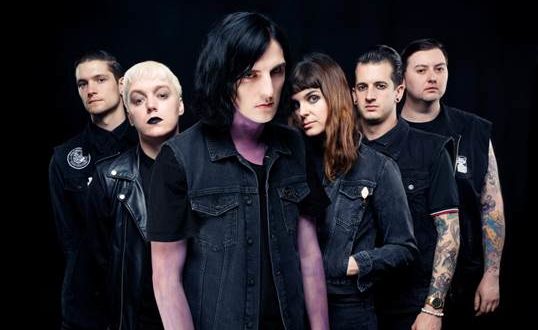 It’s been a magnificent few months for CREEPER. After their debut album ‘Eternity, In Your Arms’ crashed into the Top 20 on the UK charts, the Southampton sextet sold-out their biggest headline tour to date and made their triumphant main stage debut at Download. Kerrang! heralded their set as “An absolute triumph… It’s an astonishing display and no band deserves this victory more.”

Now CREEPER have shared a video for the new single version of their pivotal album track ‘Misery’ which collates footage from several recent shows. From intimate club gigs to the gargantuan Download main stage, it’s a video that’s sure to evoke spine-tingling memories from the legions of devoted fans who have followed their journey so far.

This summer will see CREEPER play all 41 dates of this summer’s North American leg of the Vans Warped Tour, which they’ll follow by playing their debut Canadian tour in November with Silverstein. They’ll then return to the UK in December to embark upon their own ‘Theatre of Fear’ headline tour. For tickets and more information please visit, http://creepercult.com/shows.

‘Eternity, In Your Arms’ finds the sextet pushing hard against the boundaries of the art a ‘punk’ band can be expected to produce in 2017. The album is the third installment in a trilogy of records (after the highly acclaimed EPs ‘The Callous Heart’ and ‘The Stranger’) loosely based around J.M Barrie’s Peter Pan. ‘Eternity, In Your Arms’ sees the band wrestling with existential crises, personal failures and emotional desolation via the kaleidoscope of a richly drawn narrative tapestry.