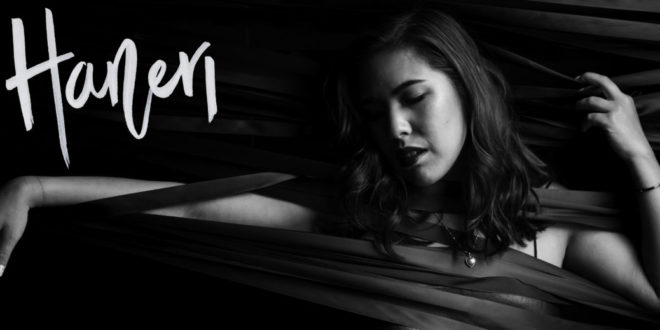 Formerly known as Daphne Khoo, Haneri is a pop artist based in LA & Singapore. In 2004, she burst onto the scene as the 3rd runner up on hit reality show, Singapore Idol. Since then, she has played prominent stages including Singapore Day in Melbourne; a solo ticketed concert at the Esplanade Recital Studio; and Mosaic Music Festival.

Desperate – her debut solo album was released late 2007, she co-produced and co-directed the album and wrote 10 of the 11 songs. The record scored her Best Breakout Solo Artist at Power 98’s Singapore Music Awards in 2008.

In 2012, Haneri released two singles “Rooftop” and “Carry On” which charted #4 on the International Charts on Singapore’s hit radio station 98.7fm. Her latest EP, ‘Wonderland’ was released in January 2014. Its lead single, ‘Weak’ was featured in Youtube sensation’s Wong Fu Production’s short film ‘After Us’. The EP release saw Haneri embark on a 19-show Starbucks tour all across Singapore.

The young singer-songwriter is now proud and excited to release new music under the name of Haneri. The change of name came from a yearning to dig a little deeper, be a little more honest and taking on a no holds back attitude with her music and message.

Her new single ‘Burning Up’ marries 80s beats with a cool new electric feel. The song touches on themes of addiction and toxic, abusive relationships. As an artist, Haneri feels strongly about these topics that are hardly talked but are incredibly present in today’s society. She adds ‘I hope this song will remind people going through similar struggles that they aren’t alone’. A music video directed by Ryan Tan will accompany the digital release of ‘Burning Up’ on June 23rd.

Get it on iTunes