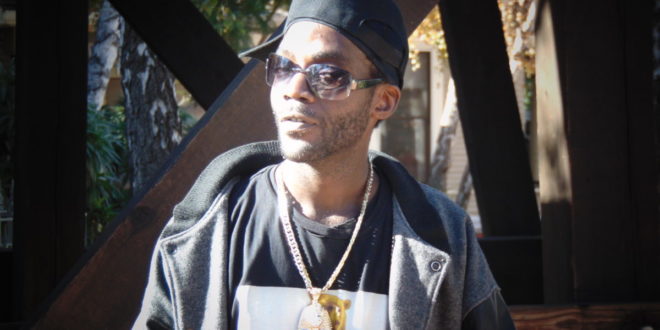 Eli Uno – Battle for the Mind

A black and Indian revolutionary, this is Eli Uno, the latest musical offering from Las Vegas. Eli Uno’s diverse musical references are expressed in his brand of organic, versatile hip-hop. Armed with an infectious set of hooks, witty, insightful lyricism and eclectic musical tastes, he forms his own sound…a sort of Nas meets Common vibe.

Having arrived early in the spring of 2013, Eli Uno hasn’t stopped to draw breath since, fast building a reputation as one of the most dynamic live music acts in the country, rocking stages and blowing the roof off venues wherever he plays. This reputation secured Eli Uno an ASCAP Plus Award and endorsements from U.K. heavyweights MP3 Music Awards as well as Flava Showcasing. Plus he launched his music career in a multi- million dollar studio with a co-sign from Grammy Award winning songwriter and producer Ashley Ingram.

According to critics, ​“this song is arranging so many spectacular themes, cuts, and advances as the music rolls through passages and beats with a quick and clever array of lyrics and drums that extend the power and flash of sounds that all rap fans look for….this

song gives me a very excellent rating level and idea since the sounds are impressive and slide into a place that makes me like and admire the artist’s commitment to style, flow, and intensity as the song drifts and runs with the hardest of beats and the most pleasant vocals which are slipping into a portion of the music that is balanced so nicely….”

Eli Uno’s debut single, ​‘​Welcome to Vegas​’ (​from the ‘​Iron Will​’ ​mixtape​) was well received and the second single, ​‘Flirtin Wit’ Madness’ ​built on that foundation receiving airplay from ​on radio stations such as Hire.fm, Powerhouse Radio, Mov’em Radio, and Jango and music blog placement on platforms such as PlaybyVip.com WestCoastAfterShock.com, Chillfactorfm.com, HoodStars.net, and MassiveJams.com. His excellent debut album, ​‘​Hidden in Plain Sight​’​, was released on the 26​th May 2014 and is a collection of rich and varied songs with depth and strength from the call-to-arms for the ghetto that is ​‘The Affiliates’,​to the sombre, laid back euphoria of ‘​Guilty Pleasure’​.

The follow up mixtape ​‘​The Free Sample’ ​was released on the 3​rd February 2014 featuring 15 brand new tracks which showcase the artist’s progression since the release of his first mixtape, including single ​‘Why.​‘ ​He has since released 2 additional mixtapes ​‘The Metropolitan Rebellion’ (23rd September 2014) and ​‘The Metropolitan Rebellion 2 : Rise of the Freedom Riders’ ​(9th December 2016) with also a few single releases in between.

“Makes you want to move in your chair or even get up and dance. Great rapping and great hook to get you moving and bouncing along with them. Not too explicit, but just enough to be edgy and catchy for that age group. The lead and the back up vocals blended well with the beat. Loved the sound effects that went along with the beat and rapping. Enjoyed it and would see it being played on local R&B radio station.”​​soundout.com

“I found myself unwillingly nodding my head along to this. Normally, I would be judgemental of songs like these but i quite enjoyed my listen. This song has a nice unique sound to it with some nice beats in it. I like the rapping as well and the catchy chorus this song has.”​​soundout.com

“Definitely a unique beat that I haven’t heard anywhere else! I love the wood-wind type instrument, gives it a really cultural vibe and makes the song really stand out. All the instruments are not typical of this type of music but surprisingly work really well together! The main rapper has a good hip-hop voice, unique voice.”​​soundout.com

“This is a good sound to the intro, very intriguing and mysterious. The whole rap kind of thing to it is very amazing. He sounds like he has everything under control, the confident type. He makes it all seem like Child’s play. The swagger and the whole chant is just a rapid kind of movement in the harmonies.”​​soundout.com

“Like the soft beats sounds like it will be a smashing hit song just hope my thoughts prove me right and yes they have like the artist’s voice wow the way he says the words such fast speed nice calm harmony good song to dance along to very joyous and relaxing these artists should be shown on TV these days it is always the same people shown on television and radios you hear the same person when there are so many talented artists like this one in this song really nice song.” ​soundout.com

“this song is flowing with a sharp and intense hip hop medley that is hopping and driving with a very refreshing and strong line of melody that just blasts and advances its way into the song with a large and fast growing pathway of energy and passion that is sliding in and dominating the song with some smooth and exceptional runs of lyrics and hard cutting hip hop beats that are flowing hot and unique with a very nice and creative blend of sounds and synthesizer beats that are just intense and off the chain…this song as a rap fan enthusiast is connecting me to some more enticing and swift runs of notes that cascade down and provide me a chilling and awesome run of melody that I am just locking into and enjoying with every new second as the beats and runs of strings are just dropping the most incredible and captivating sounds that are sliding, shaking, and twisting around the most intense and high energy formats that are just flowing and bouncing…” soundout.com

Stephen Vicino is the founder of MusicExistence.com. He created this site to give talented musicians a voice and a way to be discovered.
@@svicino
Previous Album Review: Taylor Grey – Space Case
Next The Night Of Release Music Video For “Echoes”