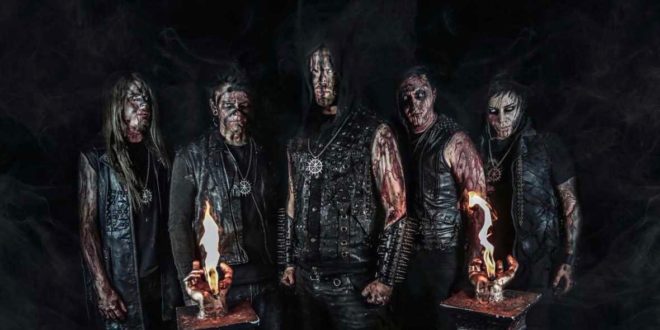 Los Angeles, CA Symphonic Blackend Metal Artists Empyrean Throne have released the Official Lyric Video for the single “And None Shall Rise” from their upcoming debut album Chaosborne. The lyric video was produced by Scott Rudd (Opeth, Fallujah, Fear Factory).

“And None Shall Rise is not only the subsequent single from our upcoming debut album ‘Chaosborne’, but the opening salvo in the second act of the record’s story ark. Lovecraft enthusiasts will recognize much of the themes presented within the song, including the barren setting of ice covered dreamworld Polaris. Narratively the somber and treacherous atmosphere of Polaris was a perfect companion for the bombastic arrangement of And None Shall Rise. At this point in the album’s story, our main character, a knights templar named Mathias, is locked in a battle of wills with beings of the Lovecraftian pantheon. His ideals, sacred truths, and feeble view of the world around him has been fragmented, like a broken mirror that further pains his sanity as he tries to rearrange the pieces. However, with this suffering comes illumination and the awakening of a deeper power within. Everyone experiences agony, but it is within these trials that we are able to unlock hidden parts of our being capable of great feats, strength, and resolve. We hope that you enjoy listening to And None Shall Rise. Ever vigilant disciples! “- Andrew Knudsen (Vocals) 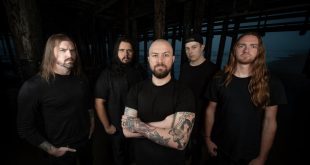