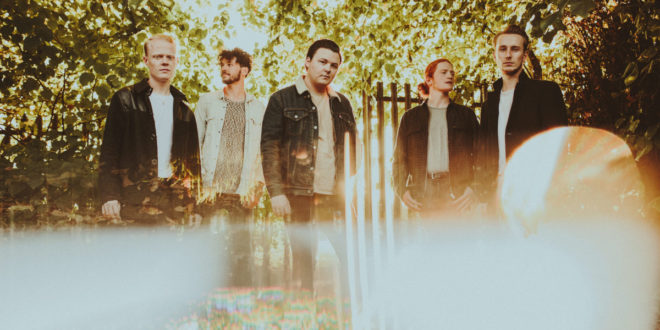 Fresh from their blistering performance at the hallowed grounds of Donington for Download Festival, Leeds band FIZZY BLOOD have unleashed their soundtrack to festival season, new single “Summer of Luv.”

“Summer of Luv” follows previous single Pawn, which saw spins from BBC Radio 1 and was recently featured as Kerrang! Radio’s track of the week.

FIZZY BLOOD also announce their performance at Reading & Leeds festivals in August, which adds to their hefty touring schedule this summer.

As they gear up to perform at the hallowed grounds of Donington this weekend for Download, it’s clear that 2017 has been their biggest year to date with their second performance at SXSW, a  UK metal titans While She Sleeps followed by The Great Escape and Liverpool Sound City. Summer will additionally see the band land at Rock For People (CZ), 2000 Trees and Tramlines festivals.

FIZZY BLOOD are putting the final touches on their next release which is due later this year on Killing Moon & Alya Records, further details to be announced soon.

With a fuller throttled sound and more determination than ever, FIZZY BLOOD are scaling new heights and set to make one hell of a dent on the UK music scene.