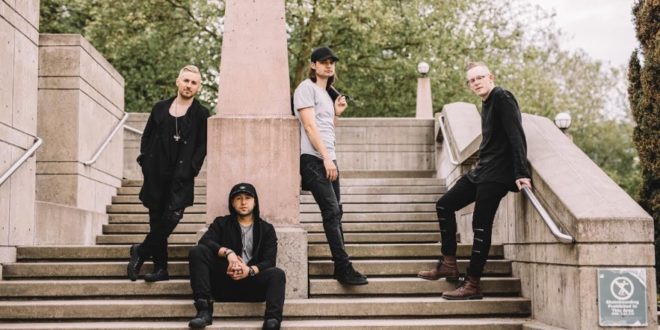 Washington alternative pop rock outfit Night Argent announced the release of their highly anticipated sophomore EP, The Fear, set for July 14, 2017 with Outerloop Records. The Fear EP was written and produced by Night Argent (Rainmaker Studios), co-written and produced in part by John Feldmann (Neon Trees, Biffy Clyro, 5 Seconds of Summer) and Steven Solomon, and mixed/mastered by Brook Floyd (Rainmaker Studios). The dynamic sophomore release contains 6 infectious tracks that showcase the band’s diverse, powerful, and anthemic sound which will appeal to fans of arena-friendly alternative rock.With this announcement, the band partnered with Paste Magazine to unveil the the EP’s lead single, “Dreamcatcher,” which was co-written by Night Argent and John Feldmann.  On the track and the forthcoming EP, front-man Chase Manhattan states:

“‘Dreamcatcher’ was the first song we knew without a doubt would be on this record. The message behind the song set the tone for everything we recorded from that point on. It definitely echoes the intensity and energy we felt in the studio while working with Feldy and his team. This record is our war cry. It’s a call to the battered, the broken, and the tired, to rise up and set fire to the fear..” – Chase Manhattan

In 2015 Night Argent won the Ernie Ball Battle of the Bands landing them a stint on the Vans Warped Tour and a writing/recording deal with John Feldmann (Blink 182, Panic! At The Disco, 5 Seconds of Summer). The band shortly after penned a management deal with Outerloop Management and released their debut self-titled EP in April 2016, which premiered in partnership with FUSE. This dynamic do-it-yourself band has focused the majority of their time in their hometown studio and performance venue on Argent Road (The Scarlet Room at Rainmaker Studios) creating music that not only bridges the gap between artist and fan, but provides them the musical freedom on stage to give audiences an experience they’ll never forget. Off the stage, Night Argent is best known for their brilliant creativity, as shown in their cinematic self-produced music videos for tracks such as “Nothing More Beautiful,” “Widowmaker,” and their take on a holiday classic, “Cold (Carol of the Bells).” Night Argent has played at festivals such as Warped Tour (2015, 2016), SXSW (2015, 2016) and Gentlemen of the Road (2016), and shared the stage with bands such as Imagine Dragons, Andy Grammar, X Ambassadors, and more.

Listen to “Dreamcatcher,” the first track release off Night Argent’s sophomore EP, The Fear, here. The Fear will be released via Outerloop Records on July 14, 2017. Pre-orders and merch packages are available here. Follow Night Argent online for news, music, and more.

Previous In Loving Memory Premieres Introspective EP
Next Album Review: The Birthday Massacre – Under Your Spell 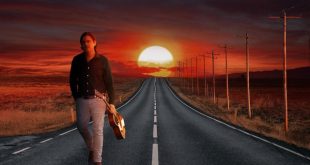