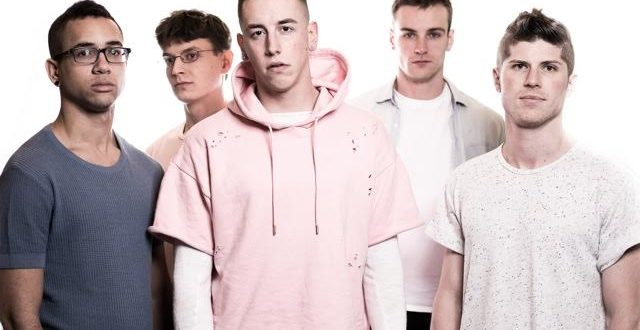 As a follow up to their debut LP Sincerely, pop-rock band Restless Streets have returned with Together, an EP that showcases the group experimenting with new techniques. For this project, Restless Streets show a drive to re-work their initial style and develop an ever-changing sound. While Together is definitely a step in a new direction for the band, it’s a risk that will likely bring great rewards for them in the near future.

The EP’s opener “A Little More Us” is a different dose of pop punk compared to what many listeners would find familiar. With a dreamy, ambient sound, this track feels like a more mature contribution to the genre. Similar to an act like Angels & Airwaves, this is a more layered, ambitious sound that doesn’t simply rely on a catchy hook. “A Little More Us” takes it’s time and creates a calm atmosphere. The track “Drive Fast” further shows off the band’s clean sound. With passionate vocals from Logan Carpenter and darker instrumentals from the rest of the band that pair well with Carpenter’s harsher performance, the track as a whole leaves a stark emotional impact.

While Together easily falls into the more mature subset of pop punk, some moments on the EP leave a small amount to be desired. For example, while the song “Twin Flame” fully harnesses that dreamy tone of the entire project, it’s chorus seems too nonchalant. The vocals are nice and Carpenter once again has good charisma but he should take advantage of the song’s hook and explode with that chorus. On top of that, the instrumentals come across as fairly subdued and the guitars could definitely be given more material to work with. This trend continues on the track “Glow” which appears to rely on its progressive buildup without coming through with a satisfying payoff. As a whole, the track dwindles a bit too long and seems to rely solely on its atmospheric style which hurts its memorable staying power. Perhaps Restless Streets could find somewhat of a middle ground here. The mature sound is undoubtedly appreciated but it actually couldn’t hurt if the band capitalized on some memorable hooks to really make these songs resonate a bit more with listeners.

While these hang ups are present from time to time, Restless Streets definitely come together to form more cohesive tracks on this EP and when the band is firing on all cylinders they can create some powerful pop-rock. The track “ Wrong Kids” seems to draw inspiration from the self-titled Blink 182 LP due to its slightly dour style. The chorus has better energy here thanks to the screamed vocals that work well with the building guitars and thunderous percussion. The closing track “Dreamers” also feels like a more coherent track because all band members seem to have a wealth of layered instrumentation to keep themselves busy. It’s a powerful moment on the EP and greatly shows the potential behind Restless Streets. My only critique from these stand out moments is that the lyrics could be fine-tuned a bit. As of now, the lyrics can be somewhat blunt (a trait that isn’t overly uncommon within the pop punk genre) and I believe the band could craft more polished lyrics to fit their mature style.

The only other drawback that Together possesses is that it’s definitely a big change from the band’s previous LP. While that album was a heavy listen, taking inspiration from the metalcore genre, this EP is a lighter listening experience with a much less hulking presentation. This drastic change in sound could very well alienate listeners who enjoyed Sincerely due to the different approach the band takes here. However, I personally favor the new style from Restless Streets. The band’s heavier style was impressive but the new direction of Together shows even greater promise. This new sound will likely reach an even larger array of listeners and gain Restless Streets more commercial success.

Together ushers in a new point in Restless Street’s career. It’s clear that the band is sharpening their sound and this EP is a sign of good things to come. If Restless Streets continue with this growth and maturity then their music will evolve even more and bring in a respectable amount of listeners.

Cain Miller is an aspiring writer who hopes to work his way up and gain notoriety for his material. Having written about film, television, music, and sports, Cain is always looking to gain as much experience as he can and continue to improve his writing abilities.
@cainemiller
Previous Barb Wire Dolls to Release “Rub My Mind” June 16
Next Taylor Grey to Release Debut Album June 16th + Tour With Jacob Whitesides