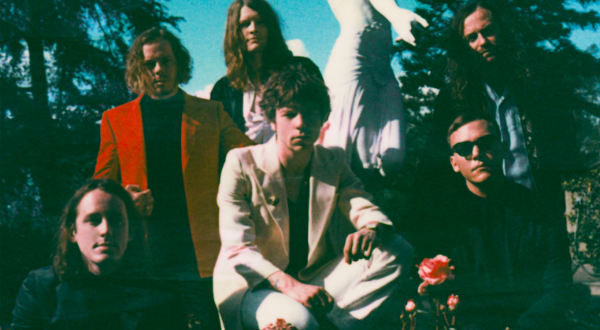 Cage The Elephant Set To Release Unpeeled This Summer

GRAMMY® Award winners, Cage The Elephant will release Unpeeled, their unplugged live album worldwide this summer via RCA Records. The album was recorded over a series of rare acoustic shows in cities including Los Angeles, Washington DC, Knoxville, and Nashville. Unpeeled features eighteen curated songs from their past four albums as well as three interpretations of existing songs, performed live and stripped down and in some cases with a string quartet and a choir accompaniment. Said guitarist Brad Shultz about the inspiration behind the album: “We connected with the songs in a way we hadn’t before. It was really all about the balance of the intimacy and the delicacy of how we approach playing these songs live acoustically and with strings as we hadn’t done before. We were very transparent, and we found the more honest you can be with yourself, the more honest you can be with everyone else.”

Last night, Cage The Elephant appeared on Late Night With Seth Meyers to perform “Too Late to Say Goodbye” off their forthcoming album, Unpeeled. Additionally, drummer Jared Champion will sit in the entire week of June 5th. Watch the performance here.

Today, on the front page of their Art’s Section, The New York Times highlighted Cage The Elephant’s performance at Gov Ball as one of their “10 Best Sets” of the festival and said that their set “…was rowdy and scrappy, with its lead singer, Matt Shultz, in constant motion.”

Cage The Elephant received their first GRAMMY® AWARD for Best Rock Album for their fourth studio album, Tell Me I’m Pretty, which was produced by Dan Auerbach of The Black Keys. At radio, Cage The Elephant holds the record for the most #1 Alternative songs of any artist this decade. Tell Me I’m Pretty’s first two singles “Mess Around” and “Trouble,” both topped the Alternative charts at #1 (“Mess Around” also hit #1 at Triple A). In addition, Trouble maintained its bullet on the Alternative radio chart for an astounding 41 weeks. Their third single “Cold Cold Cold,” went top 5 at both Alternative and Triple A.