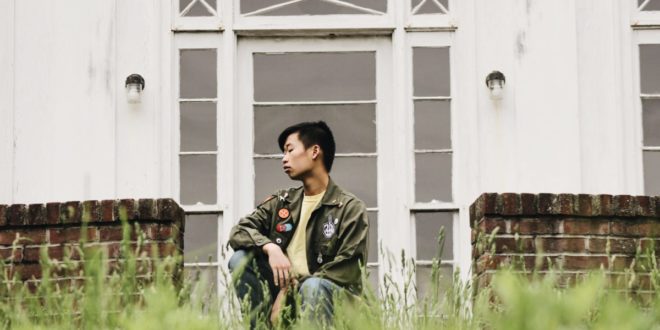 Hip-Hop Artist Empath only serves to speak the truth on new Mixtape: “Topic of Discussion”

Empath is an aspiring songwriter, rapper, singer, and record producer who creates music in the genre of Hip Hop. His latest project: An 11-track mixtape called Topic of Discussion covers the gamut; diving into such topics as depression, loneliness, gaining confidence and making sense of life through music. “The whole project took me about 2-years to make since I am a self taught songwriter and sound engineer, learning mixing through trial and error using tools such as Garageband and Logic Pro. It also took a significant amount of time to re-write certain lyrics, record the raps on my mic, hit up my friend Alvin for production-assistance, spend hours mixing, mastering, editing, and listening to each song about a million times just so that I could get it right. I also had to get someone to shoot the cover-art (my father), re-arrange the tracklist countless times, copyright it, and prepare it for online release. It was a lengthy, but rewarding process” he says.

Topic of Discussion was the second project by Empath. Earlier in 2017, Empath’s debut, a short 7-minute “Mini-EP” entitled Reflection was released. “Even though Reflection was a small project, the only way to establish myself as a musician was to go through the creative process of rapping, producing, and releasing my own music, because I was tired of calling myself an artist when I had no actual music to speak of. I had to release something, put my name on the map, and tell the internet that more music was on the way.” he said. Empath prides himself on his observant, introspective, raw lyrics that never shy away from personal truths. Listening to idols like J.Cole and Janet Jackson inspired him to always make music that has a message, and to never stay in one lane, be open-minded and try new things. The Chinese-American Rapper is currently back at the brainstorming-writing stage, “My favorite part of the process”. So what’s next? Empath plans to release a couple more “Soundcloud-singles” by the end of 2017, and an EP by the end of Spring 2018. “Right now I’m just writing down every idea and concept that pops into my brain‑I’m super excited for the future and what it holds for me.” he added.

Stephen Vicino is the founder of MusicExistence.com. He created this site to give talented musicians a voice and a way to be discovered.
@@svicino
Previous Joseph of Mercury returns with new single, “Young Thing”
Next ISA returns with ‘Light On’