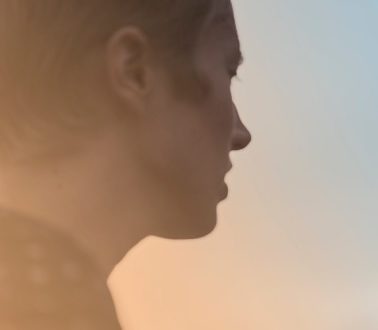 Alice Mary is classically trained, techno-loving Jimi Hendrix fan who has somehow become a pop musician. Taking inspiration from her varied interests she has created an intriguing debut EP in I Am Here.

It’s a cool slice of electronic pop in which Alice has her say on the ins and outs of a failed relationship, striving to come out on top while feeling like she lost the break up.

The biting lyrics are at odds with the rich vocal harmonies and uplifting synth production, built on home recordings she made of an old autoharp. With help recording the vocals from Marc Pell (of Micachu and the Shapes) and production assistance from members of her live band, Alice Mary has crafted a perfect summer pop song.

Alice’s original demos garnered attention from Moarrr, Female:Pressure, and Tom Robinson’s Fresh Faves, and were described by Don’t Need No Melody as “pretty damn amazing”. Her songs have been featured on compilations by Midnight Special Records and Might As Well, and her live band have performed in London and Paris.

Alice Mary’s EP I Am Here, a confident, sumptuous pop record, is set to be released on 7th July 2017.

Previous Lethal Affection Drops Video For “Frozen In Time”
Next GOGOL BORDELLO To Release “Seekers and Finders” on Aug. 25