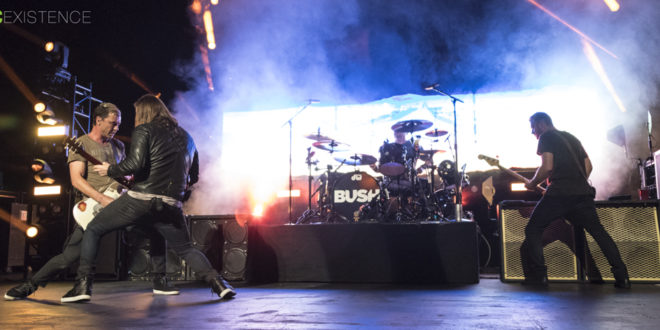 Gallery: Bush at The Warfield, June 1, 2017 in San Francisco, California

Bush played at the famous Warfield in San Francisco, CA on June 1, 2017. Their electrifying set brought out the best in everyone and there wasn’t a face without a smile in the entire theater. Playing hits from their debut album, Sixteen Stone, to their latest studio effort, Black and White Rainbows, Bush‘s energy didn’t dissipate the entire time. Go check out  Bush on tour in the U.S. until August 10th, and afterwards in Europe from September 21st through October 11th.

Previous Gallery: The Kickback at The Warfield, June 1, 2017 in San Francisco, California
Next Joseph of Mercury returns with new single, “Young Thing”